Alan Hutton has been told Leicester City are readying a major move for Kristoffer Ajer but thinks the Celtic £20million valuation is too steep.

The former Rangers and Scotland full-back, speaking exclusively to Football Insider assistant editor Russell Edge, believes the Hoops could get a decent fee for the 22-year-old but that clubs will be reluctant to meet their current demands.

As revealed by Football Insider, Celtic are prepared to let Ajer go this summer if a bid of £20million comes in for him.

The fee would represent a massive profit on the centre-back, with the Hoops having signed him for just £550,000 back in January 2016.

However, Hutton claims the Bhoys may have to accept a lower price if he is to leave Parkhead this summer, suggesting they are wanting to ward off suitors with the big price tag.

Hutton told Football Insider: “It’s probably a little bit high, especially in today’s market, to be honest but look, he’s been a rock, he’s been excellent for them.

“He’s one of their main defenders, especially when they play in that three, he’s an ever-present so I can see why they rate him so highly. I just don’t think they’ll want to let him go one the cheap.

“I hear Brendan Rodgers is looking at him at Leicester so it could be a decent-sized move for him money-wise, for Celtic as well, so they’ll be willing to listen to offers but the thing is they don’t want to sell him on the cheap. That’s why they’re putting the price so high.” 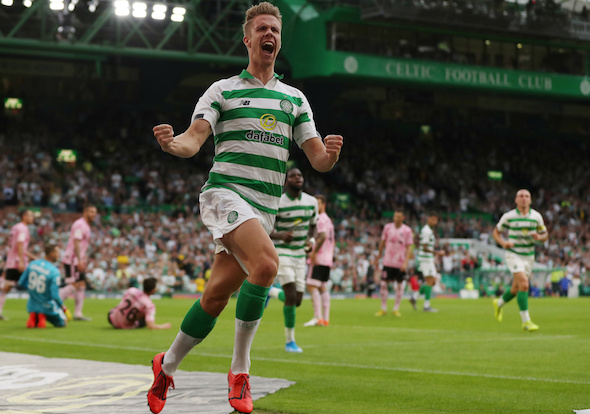 Ajer has played 129 times for the Hoops to date, while he also has 14 caps for Norway under his belt.

He made 49 appearances for Neil Lennon this season, helping the club pick up their ninth successive Premiership title.

In other Celtic news, Scott Brown has begged the club to keep one of the club’s exit-bound stars.