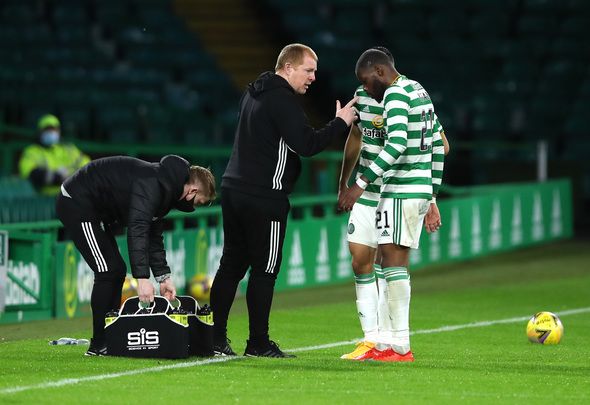 Gabriel Agbonlahor has claimed some Celtic stars have fallen out with Neil Lennon and are not being motivated by him.

Speaking exclusively to Football Insider correspondent Connor Whitley, the former England and Aston Villa striker insisted the 49-year-old has not lost the dressing room yet.

The Hoops succumbed to a 2-0 defeat to Ross County in the Scottish League Cup on Sunday as they extended their winless run at Parkhead to four games.

In their last 10 fixtures across all competitions, Lennon’s side have won just twice and shipped 26 goals.

This site revealed last week the club had no plans to sack the northern Irishman before the next Old Firm derby in January.

They have put their faith in Lennon’s knowledge of the Scottish game as they believe there is no viable alternative currently.

Asked by Football Insider what he made of the situation in Glasgow, Agbonlahor said: “I think managers are at risk when players aren’t performing for them and they’re not trying. Managers are at a massive risk because it shows they have lost the changing room.

“I’m sure Neil Lennon will be trying to get the most of his players and he’ll be looking at who really wants to keep him in a job.

“I’m not sure he has lost the dressing room but seeing the Scottish league over the last nine seasons and how good a squad Celtic have, it’s very strange to see them going through this spell.

“The only thing I can think of, and what I’m hearing, is he’s not motivating the players or some have fallen out with him because that Celtic squad should not be as far behind Rangers as they are.” 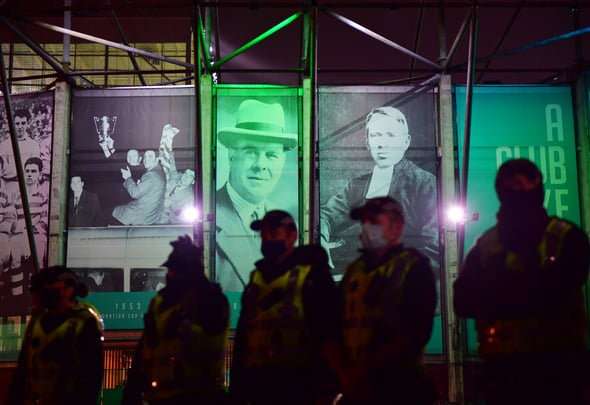 The weekend’s result sparked an angry reaction from Celtic fans who turned up to Parkhead and clashed with police.

The club released a statement condemning the protests that left some players “shaken”.

In other Celtic news, Football Insider can REVEAL Fulham have joined Wolves in the race to sign Dembele for £5million.