Glenn Middleton has until the end of the season to save his Rangers career after joining St Johnstone on loan.

That is the view of former Gers defender Alan Hutton who, speaking exclusively to Football Insider, believes the 21-year-old is in the “last-chance saloon” at Ibrox.

Rangers confirmed on Monday the promising winger had joined their Premiership rivals on a temporary deal until the end of the campaign.

📝 #RangersFC can confirm that Glenn Middleton will join @StJohnstone on loan for the remainder of this season.

Middleton, who joined the Glasgow giants from Norwich in January 2018, has played just once for Rangers this season in a 35-minute League Cup cameo versus Falkirk.

Hutton believes that while Steven Gerrard appeared to have high hopes for the young attacker when he joined the club, he is now facing a fight to forge a future at Ibrox.

Asked if he thought this was Middleton’s last chance to impress, Hutton told Football Insider, “I think so. Obviously, Gerrard fancied him at the start – we know his attributes, he’s got great pace and things of that, good ability, but it’s the consistency.

“Gerrard gave him an opportunity, it didn’t quite work out, he’s went out on some loans which, again, haven’t quite worked out, so there comes a time when you’re going have to just go and prove everybody wrong and I think that is that.

“St Johnstone are a decent club where he’ll play minutes and he needs to show Gerrard he’s willing to work hard and put in the time to try and get in the team because Rangers are still looking at players in his position when he’s there and not playing. 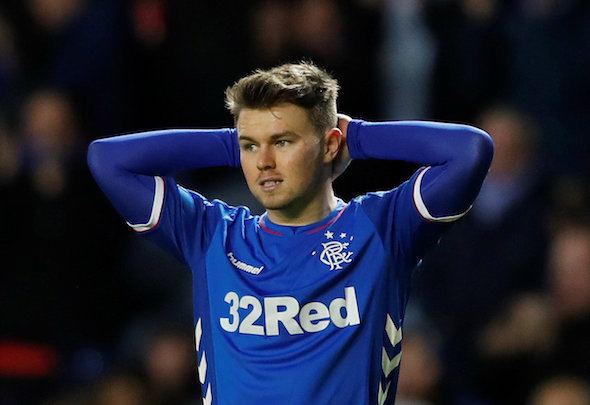 “I think the alarm bells, for me, are ringing. You’re looking at kind of last-chance saloon here, he’s really going to have to prove to Gerrard he’s capable of playing in the Rangers team.”

Middleton, who has also spent time on loan at Hibernian and Bradford City, has a total of 29 appearances, five goals and five assists under his belt for Rangers to date.

In other news, Steven Gerrard is “building for the future” as Rangers close in on new signing.