Steven Gerrard needs to “be careful” with Liverpool sensation Rhian Brewster if he joins Rangers on loan, according to Noel Whelan.

The former Aberdeen striker, speaking exclusively to Football Insider assistant editor Russell Edge, has warned the Scottish Premiership is “completely different” to the top English leagues but claims Gerrard has the advantage of knowing the striker from his time at Anfield.

Football Insider revealed earlier this month that the 20-year-old is among Steven Gerrard’s top targets this summer. 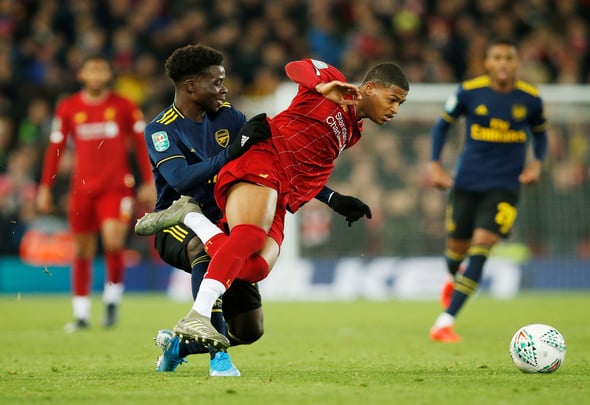 The Liverpool legend worked with the young striker during his time as a coach in the youth academy at Anfield.

Whelan believes that having a coach that knows him would be an “added advantage” for Brewster, although insists the starlet may need protecting if he moves north of the border.

“You’ve got to get them used to the Scottish Premiership – it’s completely different, it really is. It’s a little bit more hit and run, probably a bit less football played because you’re coming up against teams that don’t have the players that Rangers and Celtic do in terms of that ability on the ball.

“He’s going to have to get used to that but yeah, absolutely. The thing is Steven Gerrard knows this player from his time at Liverpool anyway so he’s got that added advantage. He knows how to manage young players, he’s been one himself and he’ll definitely make him feel more comfortable because he knows him.”

Brewster is currently on loan at Championship side Swansea City, where he has netted four goals in 11 league appearances.

Rangers currently have Alfredo Morelos and Jermain Defoe as their senior centre-forward options.

In other Rangers news, it can be REVEALED that the club have made a decision on signing a new right-back.