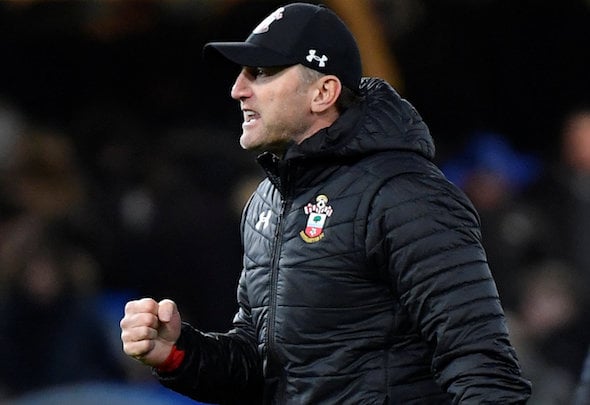 Left-back Davies, who is the son of former Crystal Palace and Reading defender Gareth Davies, was invited for a trial at Southampton last week and has impressed the club’s coaching staff.

A club source has told Football Insider that Davies has caught the eye of several Premier League and Championship clubs this season after starring on two loan spells away from Shrewsbury.

Shrewsbury have high hopes for Davies, but are aware that the defender’s impressive performances on loan have brought him to the attention of several Premier League and Championship clubs.

The source added that the League One outfit are bracing themselves for several offers for the full-back this summer.

In other Southampton news, it can be REVEALED that Leeds United have beaten the Saints to an attacker signing after agreeing terms.