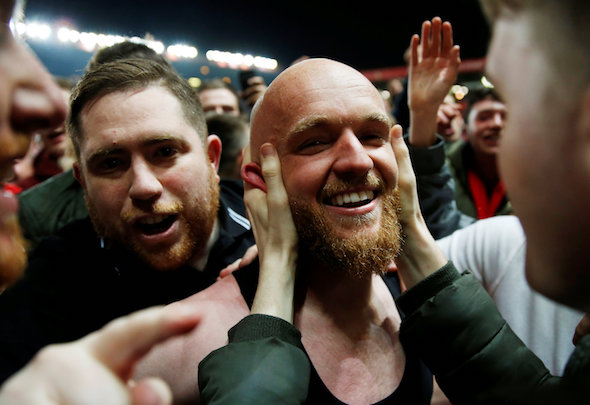 Williams is out of contract at the Valley next month after signing a six-month deal upon his arrival on a free transfer from Crystal Palace during the January transfer window.

A Charlton source has told Football Insider the club are keen to extend Williams’ stay after winning promotion back to the Championship but they now face competition from Swansea, Brentford and Luton.

The trio, who will join the Addicks in next season’s Championship, have all been impressed by the Wales international’s impact during his short time at Charlton and they are readying moves to sign him.

The 25-year-old was allowed to leave Palace on a free transfer after injuries held up his progress at Selhurst Park, but he has started to regain his best form again at Charlton.

The skilful attacker has made 18 appearances for Charlton since arriving in January and played a key role when coming off the bench to help them beat Sunderland 2-1 in the League One Play-Off final on Sunday.

In other Charlton Athletic news, the club have swooped to sign a midfielder from a rival London outfit in the Premier League.