Frank McAvennie has tipped Ryan Christie to sign a new deal at Celtic as the midfielder knows he will “go down in folklore” if he wins 10-in-a-row.

The former Hoops and St Mirren striker, speaking exclusively to Football Insider correspondent Dylan Childs, claimed that the 25-year-old’s experience will be vital next season.

The Scottish Sun report that talks are underway for the club to extend the Scotland international’s contract by at least one year.

Christie‘s current deal does not expire until the summer of 2022 but Neil Lennon is keen to reward the player for his efforts last season.

The attacking midfielder’s 43 appearances last term yielded 19 goals and 16 assists as the Bhoys went on to win a domestic double.

When asked by Football Insider if Christie was deserving of an improved deal, McAvennie said: “Ryan has not being playing of late.

“He has been in and out of the team but I would definitely give him a new contract. He deserves it for what he has done.

“They are talking about Klimala and Soro coming through, the two that they signed in January but you need experience this season and Ryan has certainly got that. 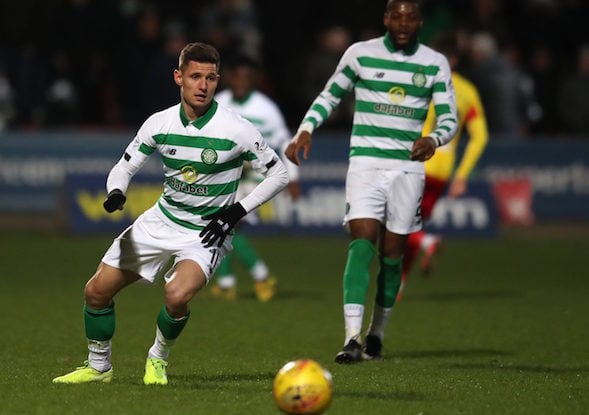 “You cannot beat experience in any way, shape or form. He has been there, seen it, done it so if they can get him back full fitness it would be amazing.

“They have done alright while he’s been out but this season he knows he will go down in folklore if the win it the season. He will not want to go anywhere.”

In other Celtic news, the latest on Grady Diangana’s future can be REVEALED amid interest north of the border.