Tottenham have asked to be kept informed about Olivier Giroud’s situation at Chelsea heading into the January window, Football Insider understands.

Spurs held discussions about signing the giant France striker in January of this year but could not secure an agreement.

A recruitment source has told Football Insider that Spurs will be one of the many clubs in the running for the in-demand front man once again in the new year.

That is a surprise as talisman Harry Kane has started the season in outstanding form and summer loan arrival Carlos Vinicius has already made an impact in the Europa League with two goals and three assists from four matches.

But Tottenham are wary of Kane’s history of breaking down in the second half of seasons with serious injury, and Giroud’s specific skill-set is admired among Jose Mourinho and his coaching staff.

Other Premier League clubs including West Ham as well as European big guns such as Inter Milan and Lazio are also closely monitoring Giroud.

The 34-year-old has a contract at Chelsea that runs until next summer after signing a 12-month extension in May.

He was warmly praised by Frank Lampard for being a “great professional” after he helped Chelsea beat Rennes 2-1 in the Champions League in midweek with an injury-time winner.

But he has not started a single Premier League or Champions League match this season and has only 178 minutes of action in all competitions. 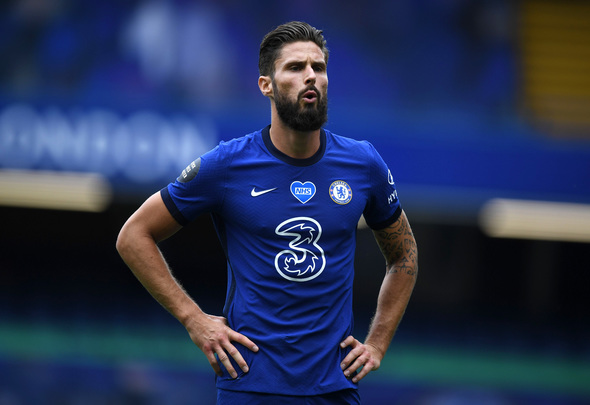 Giroud wants the regular football that can help him clinch a place in his country’s Euro 2021 squad.

Giroud fits the bill after scoring 135 goals from 349 matches for Arsenal and Chelsea, with 86 of those strikes coming in the Premier League.

In other news, there has been a huge update as Tottenham work on triggering £23million release clause for midfielder who had seemed set to join Arsenal in January.