Oliver, who came through the ranks at Etihad Stadium, is a free agent after being released by the Premier League champions during the summer.

A City source has told Football Insider that Bulgarian side CSKA Sofia and Slovenian outfit Klub Bravo have tabled contract offers to Oliver.

He is tempted to kick-start his career abroad following his departure from the club he joined at the age of eight.

CSKA Sofia have shown they are keeping tabs on the UK market having signed the likes of Graham Carey, Viv Solomon-Otabor and Tony Watt on free transfers this summer.

Oliver played regularly for City at under-23 level, but he never made a first-team appearance during his time at the Etihad.

The 21-year-old had spells out on loan at Fleetwood Town and Brentford during his time at City.

He made one appearance in League One for Fleetwood.

Coincidentally, centre-back has emerged as a real problem position for Pep Guardiola’s side this season as they look to secure a third consecutive title.

The club were beaten by Manchester United to the signing of Harry Maguire and have been forced to use veteran midfielder Fernandinho in central defence this season after injuries to Aymeric Laporte and John Stones.

In other Manchester City news, it can be REVEALED that the club have hijacked Tottenham’s bid to sign an attacking star after he headed to training headquarters. 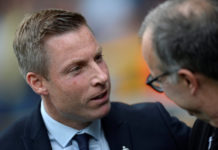