The Hornets, who were relegated this season, are in the market for a new head coach after sacking former boss Nigel Pearson with two games left to play in the Premier League.

A source at Vicarage Road has told Football Insider that the board have set their sights on Ivic after he left Israeli outfit Maccabi Tel Aviv earlier this month. 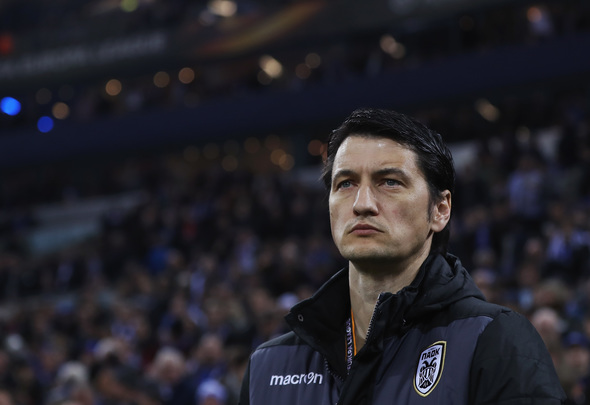 The 43-year-old helped Tel Aviv win two consecutive league titles, while he also won the Israeli Super Cup to make it a domestic double in 2019/20.

The former Serbia international, who operated an attacking midfielder during his playing days, also won the Greek Cup with PAOK back in 2017.

He started his playing career at Proleter Zrenjanin before joining Serbian heavyweight Partizan Belgrade where he played 176 times, including in the Champions League.

He moved on to Borussia Monchengladbach, AEK Athens, Aris Thessaloniki and PAOK where he hung up his boots and started his coaching career, initially with the club’s under-20 side.

Watford are looking for their fourth permanent manager in less than a year after sacking Javi Gracia, Quique Sanchez Flores and Pearson in the last 12 months.

Following the former Leicester man’s shock exit, Hayden Mullins took charge as caretaker manager but was unable to stop the club from suffering relegation to the Championship. Pearson joined Watford in December after they took just eight points from 15 games and sat seven points adrift of safety.

He won seven games in charge of the Hornets and had them sitting one place and three points outside the relegation zone when he was sacked by the board.

In other Watford news, it can be REVEALED the club ae in the hunt to sign a London clubs left-footed star.