Frank McAvennie insisted he would not start Sebastien Haller for West Ham tonight even if he is fit enough to face Chelsea.

Haller has missed the first two games of the Premier League restart for the Hammers – both 2-0 losses against Wolves and Spurs.

The 26-year-old is nearing a return for the relegation-threatened side and there is a chance, albeit slim, that he could face Frank Lampard’s Chelsea tonight.

The £36million summer signing is the club’s top scorer this season with seven goals in 27 appearances.

When asked by Football Insider if Moyes should start the French striker if he is fit, McAvennie said: “Even if Haller is fit I do not think tonight is the night for him.

“They don’t have the legs to put Haller and Antonio up top and go 4-4-2, certainly not to match Chelsea, and I think Haller needs somebody beside him.

“When it comes to a lone striker I think Antonio is better. He puts himself about and holds the ball up and I think he will be a better bet than Haller. 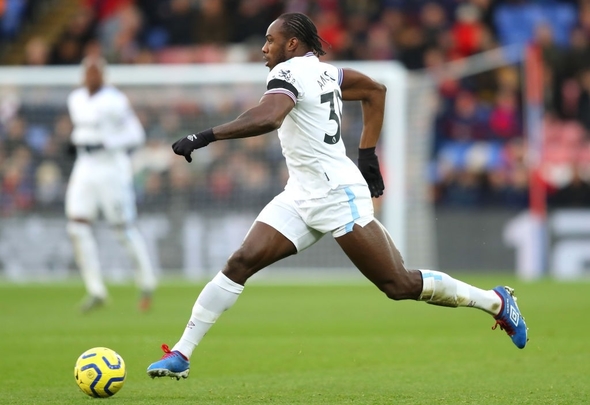 “It will be really tough for them tonight, backs to the wall. But this is what West Ham are all about. We’ll be hopeless then all of a sudden we will go and beat Chelsea.

“I think David will look to sit in and hit them on the break tonight and that is where Antonio will come into play.”