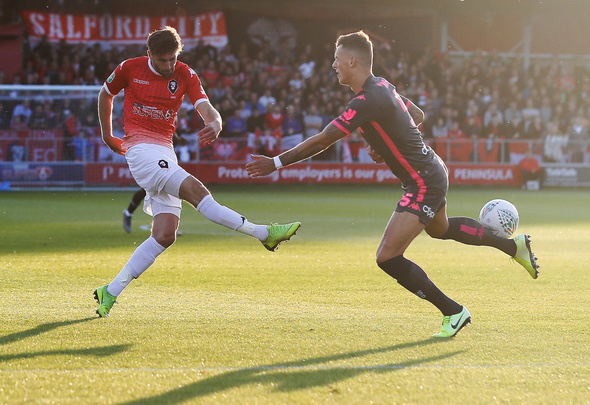 Noel Whelan has insisted that Leeds United defender Ben White is “destined” for a “Premier League top-four club” after making a huge impact this season.

Speaking exclusively to Football Insider, the ex-United forward is “not surprised” the English elite are keeping tabs on the 21-year-old, who is on a season-long loan from Brighton.

This comes after Football Insider revealed last week that Liverpool are monitoring White as they assess long-term centre-back options.

“I’m not surprised big clubs are looking at Ben White,” Whelan told Football Insider. “From what I’ve seen we were very lucky to get him in. Credit to the scouts. We were looking at him for two years before he signed.

“He is perfect for Premier League football. He ticks every single box for the modern centre-back. He’s destined for a top-four club, he’s that good.

“He makes good decisions defensively, he is quick, very capable on the ball. He fits the Liverpool style perfectly as he can play from the back and bring the ball out.

“He is not aerially dominant but I don’t think that matters as much these days, as it’s very rare you are up against a 6ft 4in centre-forward. The physical side of the game is still there, but it’s not as important as it once was.”

White has started all 11 of United’s Championship matches this season and was named the PFA Championship player of the month for August.

He has spent the two previous campaigns out on loan in League One and League Two with Peterborough United and Newport County respectively.

In other Leeds United news, it can be REVEALED that scouts of European giants have been ‘BLOWN AWAY’ by Elland Road player.