Noel Whelan is not worried about the lack of Premier League experience in the Leeds United squad and has compared them to last season’s Sheffield United squad.

Marcelo Bielsa has added international experience to his squad with the signing of defender Robin Koch and striker Rodrigo and they are close to adding at least two more in the shape of defender Josko Gvardiol and forward Crysencio Summerville in the coming days.

Koch, 24, has never played outside of his native Germany while Rodrigo played 17 games in the Premier League while on loan at Bolton Wanderers 10 years ago.

Leeds began their campaign with an outstanding performance in a 4-3 defeat at the home of the champions, Liverpool, after scoring three equalisers before falling agonisingly short.

“We’ve got to give the opportunity to the lads that have got us there, same as Sheffield United. There’s a lot of players there who didn’t have Premier League experience but look how well they’ve adapted.

“It’s about hard work when you get there. It’s about having the discipline, it’s about being organised, it’s about playing to your strengths while being hard to beat like Sheffield United have been.

“If we can get that kind of blueprint in our squad, we’re not shy of hard work, we press teams and we know it’s a 90 minute game.

“We need to take what we did last year into the Premier League but we know it’s going to be very, very difficult.

“We can’t be going in there scared, we’ve got to realise we’ve got very, very good players in our squad too and they’ve got to stand up and relish the opportunity in front of them.”

In other news, Football Insider can REVEAL Leeds United are set to announce a new signing next week after a medical took place abroad. 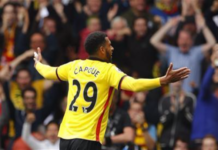