Noel Whelan was left fuming to see Arsenal striker Alexandre Lacazette not pick up a red card for his kick on Leeds United defender Gaetano Berardi.

Speaking exclusively to Football Insider assistant editor Russell Edge, the former Leeds striker and lifelong fan of the Whites says it was blatant violent conduct from the Frenchman.

The 28-year-old appeared to kick out at Leeds’ Swiss defender in the 75th minute but despite an intervention from VAR, he escaped without punishment from referee Anthony Taylor. 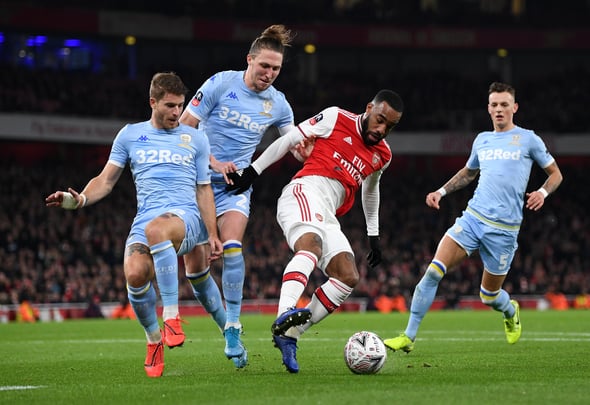 Whelan was left tearing his hair out over what he deems yet more inconsistency from the officials and VAR, insisting that Lacazette should have seen red.

“I’ve got to say this, Lacazette, for as good as a player he is, shouldn’t be on the field,” Whelan told Football Insider.

“VAR has failed us again, if you’re saying that’s not aggressive and violent conduct then there’s something wrong with VAR because it’s there for everyone to be seen.

“It’s a lash out, it’s petulant, it’s worthy of a red card, no matter what way you look at it. It’s aggressive behaviour, it’s a blatant kick out at Berardi, it’s sent him back to his knees. There’s no place in football for that.

“VAR has to be consistent. If you’re going to use VAR, use it properly and use it fairly.” 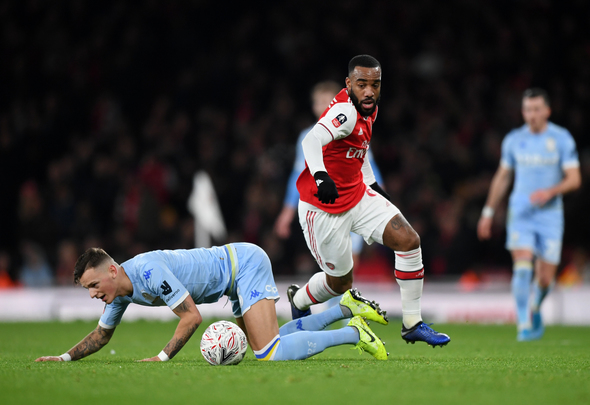 Reiss Nelson’s goal was all that separated the Premier League and Championship sides at the Emirates Stadium on Monday night, the Whites going toe to toe with the Gunners for large parts of the game.

In other Leeds United news, Whelan “loved” what he saw from one senior star who “shut everybody up” against Arsenal.