Noel Whelan urged Aston Villa to prevail in their reported pursuit of Burnley goalkeeper Joe Hart as he’s exactly what they need.

Speaking exclusively to Football Insider correspondent Laura O’Leary, the ex-Leeds United striker believes the Villans have to pull out all the stops to get the former England international as losing Tom Heaton to injury is a massive blow.

It was recently reported that the Villans made contact with Hart’s representatives but are now cooling their interest in him to look elsewhere. 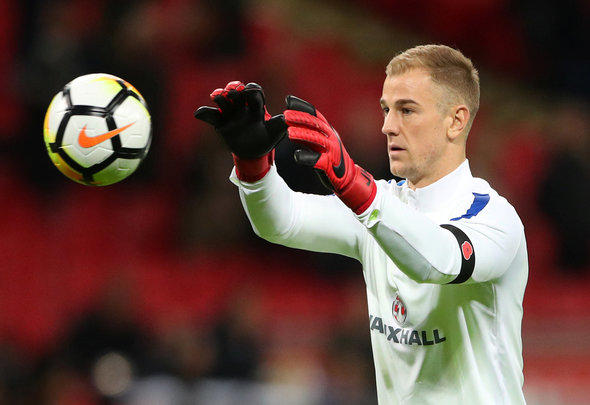 Whelan insisted that Dean Smith’s side should stay in the hunt for Hart as not only will it be a massive signing for the club to make, but his experience and organisational skills will prove useful.

When asked if the Villans should go all out to get Hart, Whelan told Football Insider: “Yeah, I think Aston Villa need to go in the market and sign a keeper as losing Tom Heaton is a massive blow.

“And he knows the league, international set-up as well, so I think they’re looking for someone of a similar calibre, someone who can organise at the back, someone who is experienced and you don’t look any further than Joe Hart.

“So I think if they can get him through the door, get him at the club, I think it would be a massive signing for Aston Villa.

“They need that experience and quality between the sticks because given where they are in the league, they need his organisation as well as a British keeper who knows what it’s all about.”

Smith was quizzed about the Villan’s pursuit of Hart and played coy on the matter by saying a lot of candidates were being looked at.

The 32-year-old’s Burnley contract expires in the summer and he has only managed to make one appearance this season, with him behind Nick Pope in the pecking order.

In other Aston Villa news, Paul Robinson was thrilled with reported Villans pursuit of attacker as it’d be ‘A real coup.’