Wolves and Burnley have set their sights on Stoke City sensation Tyrese Campbell ahead of January, Football Insider can exclusively reveal.

The forward, 20, has emerged as one of the hottest properties outside of the Premier League following an electrifying start to the campaign.

A recruitment source has told Football Insider that Wolves and Burnley are among the many top-flight sides closely monitoring Campbell. 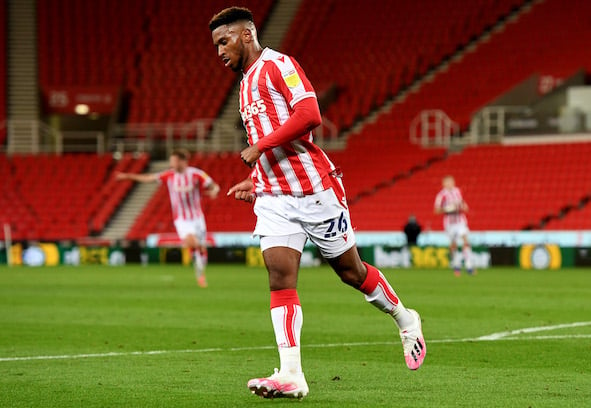 But they face a major battle to convince the Championship’s sixth-placed club to part with one of their star men.

Football Insider has been told that Stoke do not want to sell Campbell in January as they regard him as key to their promotion pursuit.

This site’s columnist Kevin Campbell, father of Tyrese, revealed that Scottish giants Rangers and Celtic both “held talks” about signing his son in January when he had just six months left on his contract.

That decision has been vindicated as Campbell has subsequently established himself as a vital member of the Stoke team.

A left-footed forward who can spearhead the attack or play out wide in a three-man attack, Campbell has scored six goals and supplied six assists from his 16 Championship matches this season.

A further goal in the EFL Cup has taken his haul to seven goals in all competitions.

Campbell started Tuesday night’s 2-1 defeat to Cardiff City and helped set up his team’s goal but limped off in the second half with what the manager said was a knee injury. 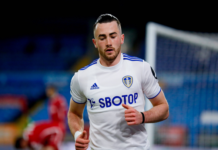 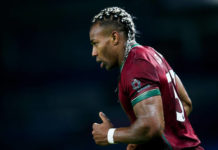 Hutton claims Rangers are on the verge of ‘unbelievable’ deal