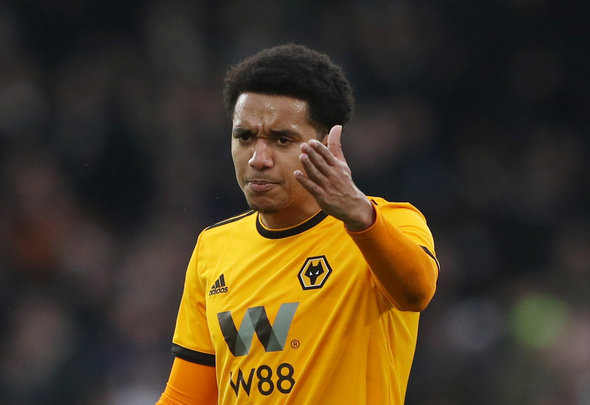 Wolves have joined the multiple Premier League clubs interested in signing Kalvin Phillips and are set to ask about his availability during discussions with Leeds United about Helder Costa, Football Insider can reveal.

Football Insider exclusively broke the news last Thursday that United have set their sights on signing Wolves winger Costa on loan this summer.

It is not yet known if the Premier League club are willing to grant a season-long exit for the Portugal international or would prefer to sell him permanently.

But a Wolves source has told Football Insider the club have a genuine interest in Phillips, 23, and that could form part of talks with Leeds chiefs about any potential Costa deal.

Leeds do not want to sell the central midfielder this summer and, as revealed by Football Insider, have promised him he will be offered an improved contract when he returns from holiday.

Should that live up to Phillips’ expectations, United are confident he will stay at the club he has represented since emerging from their youth-team ranks.

Yet, there is widespread interest in him from the top-flight elite, with Bournemouth leading a chasing pack that also includes Norwich City, Aston Villa and Southampton.

The early indications from Wolves are they will listen to offers for Costa, but Leeds’ hopes of a straightforward loan deal may not be granted.