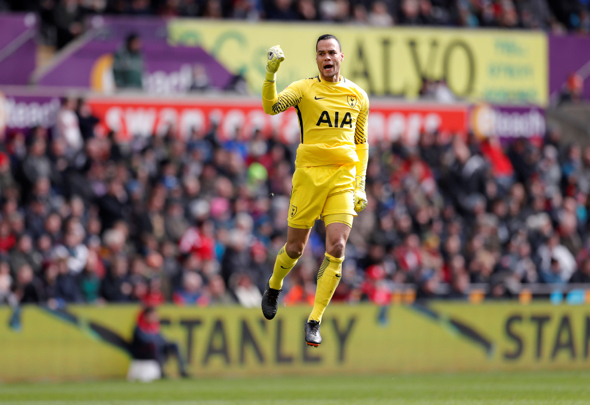 Another season, another year without silverware for Tottenham.

The Lilywhites started the campaign with high hopes of finally ending what is now a decade-long drought without a trophy, after growing from European hopefuls to top four stalwarts.

While Manchester City ran away with the title, that still left three potential avenues to secure their long-awaited piece of silverware – but despite their ambitions, they will leave 2018 with empty hands.

Shock disappointment in the League Cup would not have been too much of a concern considering their European form at the time, with an unbeaten run in the group stage leading to some tipping them for unlikely Champions League success – before Juventus proceeded to dump them out that competition too.

So the FA Cup was their last chance saloon, and heading into Saturday’s semi-final belief would have been high that they could repeat their 2-0 victory over Manchester United at Wembley back in January and make it to the final.

It was not to be.

Dele Alli’s opener was cancelled out by an Alexis Sanchez header before Ander Herrera’s second half strike past Michel Vorm turned out to be the knock out blow for Spurs on a day where few of their star men lived up to expectation.

One man who was roundly panned was Dutch stopper Vorm after what was deemed a shocking performance from the experienced goalkeeper – and it can be expected that Saturday was his very final outing for the club with his contract expiring in the summer.

Very much second choice to Hugo Lloris in the league, and only utilised in the cup competitions, he would have been hoping to bow out with the FA Cup trophy in hands – but now faces the prospect of watching his Spurs career come to an end from the substitutes’ bench.

Barring a miracle for Vorm, which will come in the shape of suspension or injury for his French counterpart, that is his time at Spurs over, four years and 43 appearances after signing.

In other Tottenham news, a defensive pair were shambolic with 4/10 displays in the defeat to Manchester United.