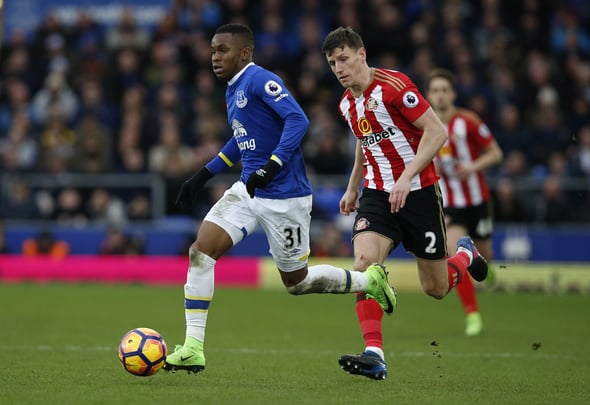 Everton attacker Ademola Lookman is quickly proving Sam Allardyce’s decision to withhold him from first team opportunities a bad one and shows a lack of imagination, according to one football expert.
Dave Kidd writing in The Sun, said that following the England U20 forward’s move to Red Bull Leipzig during the January transfer window, the youth World Cup winner is already showing the Toffees boss what he is missing.
Kidd wrote: “He’s a World Cup winner. He’s quick, sharp and has a keen eye for goal. He’s modest and likeable, yet full of self-belief.
“When Lookman and Co won the Under-20s World Cup last June and then England’s Under-17s followed it up with an even more impressive global triumph, we celebrated but also wondered what would become of these kids.
“We wondered what would happen if they ended up being managed by an old-school type like Sam Allardyce, armed with the blunt weapon of accepted wisdom, and lacking the imagination to allow Lookman to flourish.”
Lookman scored on his debut for the Bundesliga outfit – the first player of his generation to score in the German top-flight.
The forward was only given one start under Big Sam against Apoel Limassol in the Europa League and scored twice but was handed just two more substitute appearances after that before his winter switch to Germany.
And while the Blues continue to toil in the Premier League it would appear that the youngster has all the attributes that the side is lacking.
After a disastrous defeat away at Arsenal at the weekend – a performance that the Toffees manager declared ‘pathetic’ – he also bizarrely revealed on Match of the Day (BBC 1, 10.30pm), that the tactic he deployed against the Gunners was a direct copy of Swansea’s who had only days before beaten the North London side.
In other Everton news, ‘Shocking’ – Everton fans react to Koeman’s Dutch appointment.