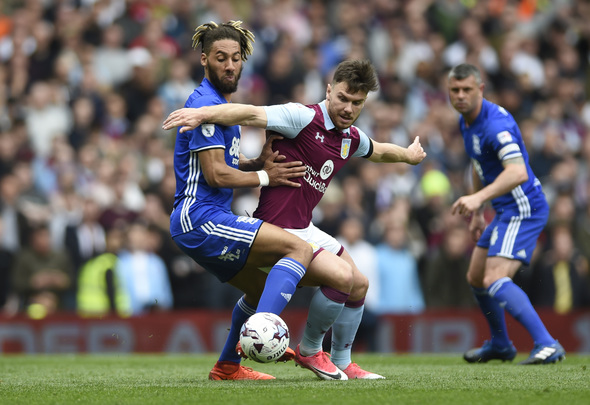 Aston Villa fans have expressed their surprise on social media after it was announced that centre-forward Scott Hogan had been called up for international duty with the Republic of Ireland.

The 25-year-old has dual nationality and is eligible for both the English and Irish international teams, but has been called up to play for the latter for the first time in his career.

Villa announced on their official Twitter account that he had been selected for the provisional squad to face Moldova and Wales in the upcoming World Cup qualifiers.

Selected by @FAIreland for the first time

Aston Villa fans appeared shocked by the news as most fans didn’t even realise the forward was Irish, while other supporters questioned why he had been selected as they didn’t feel his form was good enough.

Well done Scott! lets hope this recognition kick starts his season/career because disappointingly he hasn't really done it for Villa yet😏

Do they not want to score goals? Also he's about as Irish as I am

Based on what? His poor aerial ability? His inability to hold the ball up? His lack of scoring prowess?

The coach driver on holiday?

Hogan moved to Villa from Brentford in this year’s January transfer window and has made a total of 24 appearances for Steve Bruce’s side since he joined.

The centre-forward has featured in nearly all of the club’s matches this season, as he has only been left on the bench for Villa’s 4-2 win over Norwich City back in August.

This season, the Ireland international has scored three goals which were all in League Cup ties.