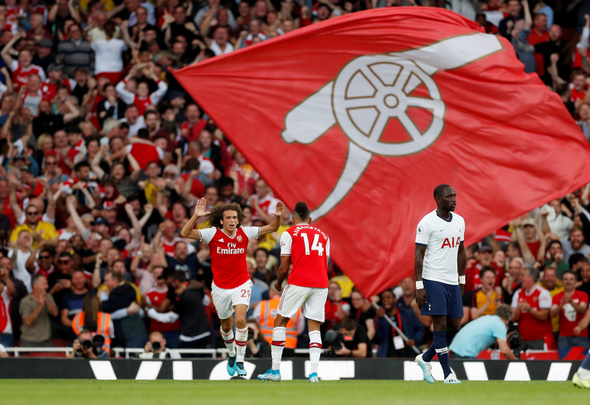 Danny Mills has revealed his excitement over the potential of young Arsenal midfielder Matteo Guendouzi after his performance against Tottenham.

Speaking exclusively to Football Insider, the former Manchester City and England full-back says that the 20-year-old starlet has already shown his quality in the Gunners’ first-team, although suggested he needed to make sure he managed his discipline going forward.

Guendouzi has been a mainstay in Unai Emery’s side this season, starting every one of Arsenal’s four Premier League games so far.

Mills says that there is plenty to get excited about when it comes to the youngster’s future and that he just needs to work hard and perform consistently to reach his full potential.

Mills told Football Insider: “He’s a young player with great potential. It’s about him producing week in, week out at a consistently high level – that’s what he needs to do.

“Flashes of brilliance, needs to make sure he reins his discipline in at times, one or two tackles on the borderline for the modern-day game.

“He’s clearly a player with ability, he’s just got to work very, very hard and make sure he delivers that consistency.”

Guendouzi has already played 52 times for Arsenal since making his move from French side Lorient last summer, with 33 starts in 48 appearances across all competitions last season.

His performances have earned him a call-up to the French national squad to replace Paul Pogba for the current international break, having played for every one of his country’s youth sides from the under-18s.

In other Arsenal news, Danny Mills has joked with Football Insider that one Gunner “had a Danny Mills” in the club’s clash against Tottenham.