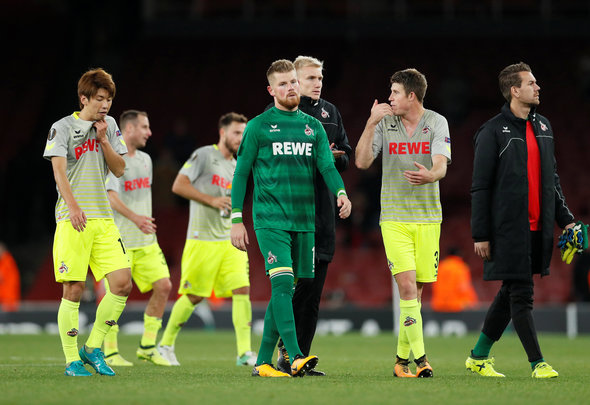 It is fair to say that Tottenham’s last poach from a relegated side did not go according to plan.

The £30million spent on securing the services of French international Moussa Sissoko from a doomed Newcastle United side has resulted in many a joke at the Lilywhites’ expense, and in hindsight it seems an ill-advised decision to snap up a man who the Toon Army were all too happy to see depart, with or without the £30million.

There must be questions asked over bigger clubs snapping up talented from sides who have failed to avoid the ignominy of relegation but it is often the case that the player in question is a star performer among lesser talents – and at least with buying from the same league you have had the chance to see them in person.

So what about poaching a star from a team which sit plum last in a top flight overseas?

Well, Bild claim that Spurs are keen on FC Koln winger Leonardo Bittencourt after the German side were condemned to the drop, with a £7million release clause inserted into his contract in case of relegation.

However, more attackers is hardly what Mauricio Pochettino needs this summer, and he should be looking much further back for where he needs to strengthen – namely between the posts.

First team mainstay Hugo Lloris has suffered with bouts of poor form this season while Michel Vorm is heading out the exit door as his contract expires, and it is about time that Pochettino brings someone in to act as real competition for the Frenchman rather than designated backup.

Timo Horn, 24, has been tipped as one of Germany’s brightest young shot stoppers but the 6’3″ giant is now set to ply his trade in the second tier after 41 appearances this season.

Someone of his talent should be battling for a place much higher in one of Europe’s top divisions and with Vorm on his way, he would be a massive step up, even if he is just used as a cup keeper.

Horn’s signing would get Lloris to buck his ideas up and make sure he keeps his standards high – for slipping up could see him lose his place.