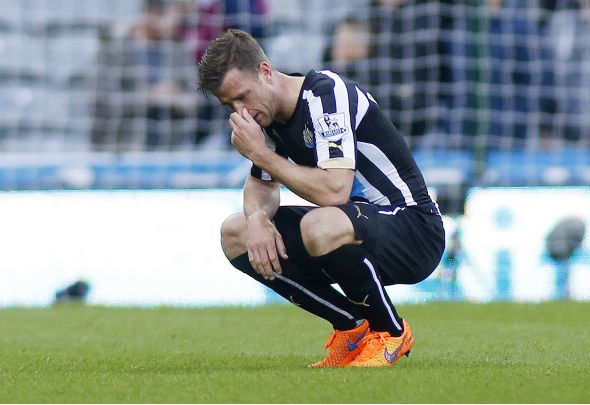 Former Newcastle full-back Ryan Taylor has joined Wigan on trial as he aims to secure a contract, according to a report.

Taylor left Tyneside 12 months ago and spent last season at Championship side Hull as they were promoted to the top flight.

Wigan Today claim Taylor is keen on a second spell at Wigan following their promotion to the Championship.

Right-back Taylor initially joined Newcastle in a swap deal for Charles N’Zogbia, and went on to make 106 appearances across all competitions for the club in the Premier League and Championship.

He was part of the 2010 squad that won the Championship following the club’s surprise relegation from the Premier League.

A similar scenario surrounds St. James’ Park currently, as they bid to return to the Premier League this season following their relegation.

Benitez has agreed to stay on at the club and despite saying he will not be forced to sell their stars, there have been a number of changes.

Star midfielder Moussa Sissoko is highly sought after, but the club are requiring £35million for him, while they are demanding £25million for Georginio Wijnaldum

In other Newcastle news, Dwight Gayle has shared the tactical blueprint being used to make Newcastle a dominant force.