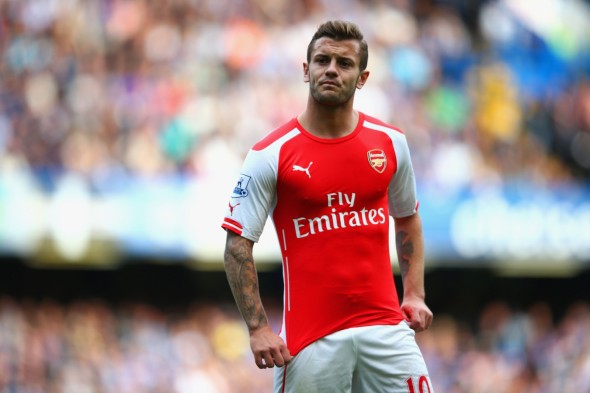 Jack Wilshere is keen to stay in London even though Arsenal are close to agreeing a deal for him to join Roma, according to a report.

Sky Italy journalist Gianluca Di Marzio has claimed on his website that the Serie A club are in talks with Arsenal about a deadline-day deal in which Roma would pay 80 per cent of the midfielder’s wages.

It is said that the Giallorossi are trying to convince Wilshere to accept their offer but, as of early Wednesday afternoon, “his preference is to stay in London”.

Roma sporting director Walter Sabatini has identified the England international as Roma’s top target on deadline day and is ready to make move for him in the team’s midfield.

It emerged earlier on Wednesday that Roma have leapfrogged both Crystal Palace and Bournemouth in the race to sign the Arsenal talisman.

BBC journalist David Ornstein confirmed on his personal Twitter page that Roma are making a considerable effort to bring Wilshere to the club.

If Wilshere was to the move to Italy, he would link up with former Arsenal keeper Wojcjech Szczesny, who is on loan at Roma for a second season.

Wilshere was omitted from Sam Allardyce’s first England squad to face Slovakia in a World Cup qualifier after failing to start Arsenal’s opening three matches of the season.

He has played a total of 37 minutes across two matches, including the last 20 of Saturday’s 3-1 win at Watford, but has slipped behind Granit Xhaka, Santi Cazorla, Francis Coquelin, Mohamed Elneny and Aaron Ramsey in the pecking order at the Emirates.

In other Arsenal transfer news, Gunners fans have reacted to their signing of Lucas Perez.