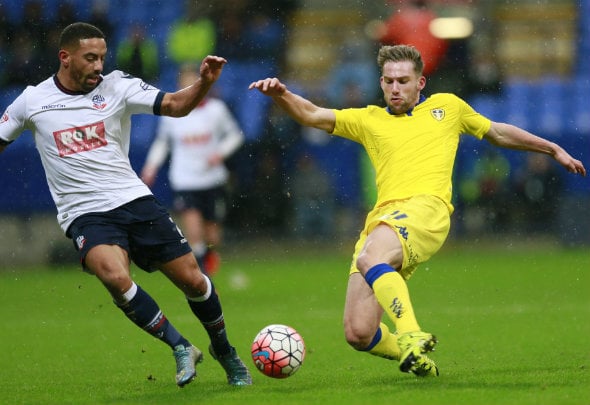 Galatasaray are lining up a bid for Leeds left-back Charlie Taylor, according to a report.

Turkish media outlet Fotospor claim the Istanbul side are eyeing the 23-year-old as a possible signing if their move for Hamburg left-back Matthias Ostrzolek breaks down.

This comes after the Sun claimed that West Brom had won the battle to sign the young left-back.

The Englishman’s contract is up this summer, but because he is under 24 the Baggies would likely have to shell out around £4million in compensation.

It is not known whether Taylor would consider a move to Turkey, but it is claimed that Leeds fans’ hostility to the club could make it unlikely.

Taylor is at the centre of much speculation at the moment, after he refused to play in the last match of the season for Leeds, for which he was fined two week’s wages.

Before these troubles, Taylor had been a regular in Monk’s defence for much of the season and made 32 appearances in all competitions.

Galatasaray’s interest in Taylor comes as a huge surprise to everyone. The European giants are regulars in the Champions League and are currently fourth in the Turkish Super Lig. The only feasible reasons for Taylor opting for a move to the Lions, rather than English Premier League side West Brom, are that he wants a shot at European football, and maybe a warmer climate. Although Taylor looks to have his heart set on leaving Elland Road, a move to Galatasaray would be one of the shock transfers of the summer should it materialise.

In other Leeds transfer news, fans reacted to the reported FIFA investigation of the club.