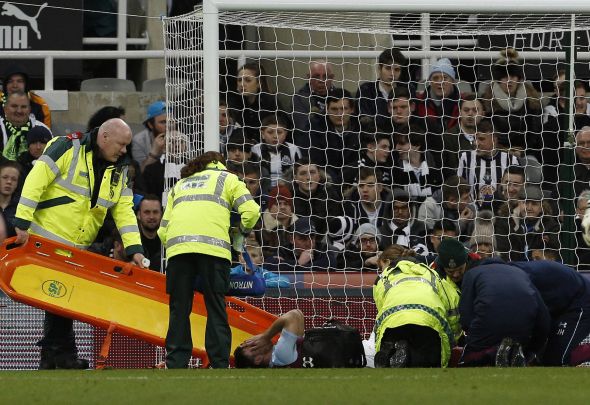 Garry Thompson has launched a scathing attack on the Aston Villa players for their treatment of Scott Hogan during the 2-0 defeat at Newcastle on Monday night.

The 24-year-old striker was taken off on a stretcher during the second half after receiving lengthy treatment from the medical staff at St James’ Park.

While he getting treatment, the majority of the Villa players did not tend to him which infuriated former Villa man Thompson.

After the game, the BBC Sports pundit hit out at the players as he believes there are major problems at the club.

“What is driving me mad is that the Hogan injury and no-one went to him,” Thompson told BBC Radio West Midlands. “He has worked his socks off, he has had no support and then when he gets injured no-one goes to him.

“It took Alan Hutton four minutes to be the first one to go to him. I think Gary Gardner went to him. The rest have just turned their back on him and that for me has summed up what is completely wrong at this football club. Absolutely disgraceful.”

After the game, it was revealed that Hogan suffered an injury to the ankle as there has been no confirmation yet on the amount of time he will spend on the sidelines.

The former non-league player is yet to get off the mark in his four matches for the Midlands club as they have suffered four defeats during those games.

Hogan has suffered a number of career-threatening injuries during the early stages of his career as he will be hoping to recover in time before the season draws to a close.

There is no doubt that the senior striker will miss Villa’s clash with Derby County on Saturday afternoon which will be followed up by a home match against fellow strugglers Bristol City.

In other Aston Villa news, this senior duo could be axed for the Derby game on Saturday.