Alan Hutton claims that Steven Gerrard will be “desperate” to get Cedric Itten fit and firing after his injury setback at Rangers.

The former Gers and Scotland defender, speaking exclusively to Football Insider assistant editor Russell Edge, suggests that the Swiss striker was pushing too hard to get up to speed after his summer move to Ibrox.

As confirmed by the Gers last week, the 23-year-old has picked up a calf injury which forced him to sit out the win over Hamilton and withdraw from the Switzerland squad.

🗒️ TEAM NEWS: Cedric Itten is out of today's squad with a calf issue.

Itten, who featured as a substitute in his first three games at Ibrox, made his first start in the 2-0 win over Kilmarnock.

Hutton believes that the hitman overworked himself in a bid to get fit and suggested he needs to take things slowly in his recovery process.

Hutton told Football Insider: “This is the problem, when you sign for a team and you’re not fit at the beginning, or you miss a pre-season, it’s difficult because you’re trying so hard to get to a certain level.

“Obviously Roofe and himself were working incredibly hard, doing extra, playing games, bounce games, to get to the level of the rest of the team.

“It can always happen, it happens a lot, you push yourself that little bit too hard and then you have a setback. Ultimately it makes it even harder for you. 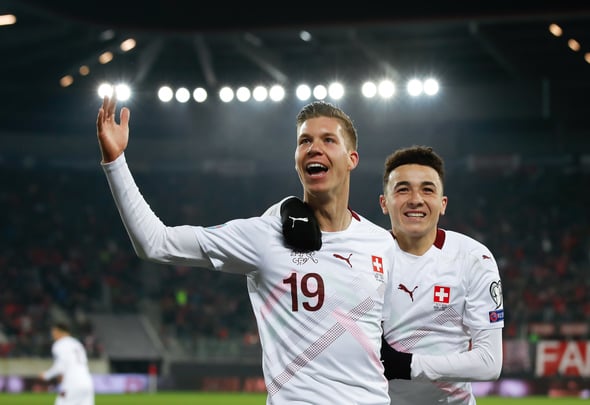 “With new signings like that it’s about taking your time, as much as you’re desperate to play, and we all know they are and Gerrard will be desperate, obviously with the Morelos situation, to get him fit and firing.

“Sometimes you have to give him the extra week. Maybe now it’s about stepping back, getting over the injury and then just work it how you need to to get him to a certain level.”

In other Rangers news, a Football Insider pundit has suggested the real reason for Alfredo Morelos’ freeze out at Ibrox.