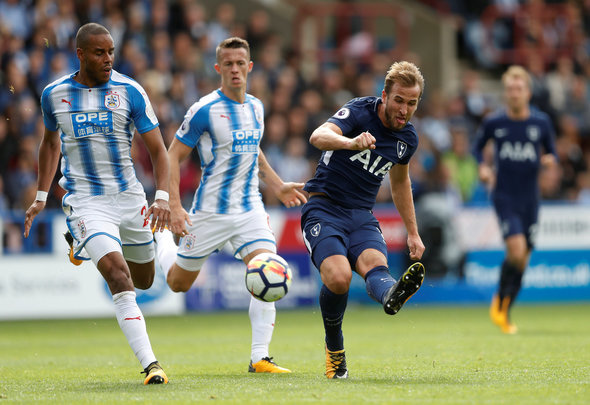 Former Tottenham player Graham Roberts has claimed that Harry Kane is the best striker that he has even seen play for Spurs – even better than the likes of Gary Lineker.

Kane, 24, has got everyone talking about him recently after scoring a glut of goals in September, with seven coming in his last three appearances in a Tottenham shirt.

He was at the double on Saturday in the 4-0 hammering of Huddersfield, and this latest vein of form has seen people start to wonder about whether he is the best striker to have ever graced the English game.

Roberts believes that the England international is better than anyone he has ever seen in that role at Spurs, and has boldly claimed that even the likes of Lineker, Teddy Sheringham and Steve Archibald have already been surpassed by Kane.

“I have seen Archie, Lineker, Jurgen Klinsmann, Teddy. All top class strikers at my club but I have never seen a striker as good as Harry Kane for us,” he said on his personal Twitter account on Saturday.

Kane has made nine appearances across all competitions for Tottenham this season, scoring 11 goals in the process after totting up his tally at the John Smith’s Stadium on Saturday.

His focus will now turn to international duty with England as Gareth Southgate’s men look to secure qualification to the 2018 World Cup in Russia next summer in clashes against Slovenia and Lithuania.

In other Tottenham news, Garth Crooks has admitted that this Spurs player has shocked him.