Alan Hutton has tipped Kemar Roofe to play an impact role for Rangers against Celtic this weekend.

The former Gers defender and lifelong fan at Ibrox, speaking exclusively to Football Insider assistant editor Russell Edge, believes Saturday’s showdown will come “too soon” for the striker to start after his injury layoff. 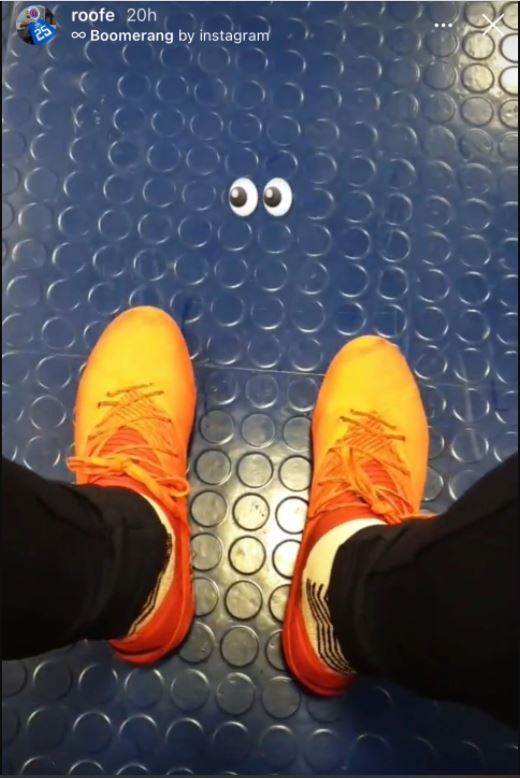 The 27-year-old has missed the Gers’ last five games across all competitions as a result of a calf problem suffered against Lincoln Red Imps.

Hutton admits that it is great to see the former Leeds striker closing in on a return but has suggested he should be limited to a substitute appearance against Celtic this weekend.

Hutton told Football Insider: “It’s one you have to be really careful with, he’s obviously had some niggly injuries over the last couple of seasons.

“He got injured for Rangers and he’s just come back, I saw only a few days ago he put a picture on Instagram that he was back on the grass – I think it would be too soon, in my opinion.

“Rangers are playing well, scoring goals, they don’t necessarily have to change too much at the moment but obviously a great addition to bring back into the squad.

“If he can give you a good 15, 20, 25 minutes if needed then what a quality player to come on and maybe change the game if need be but I think it’s probably a bit soon to throw him into the first Old Firm game where the stakes are through the roof.”

Roofe has scored two goals in six appearances for Rangers so far, both of which have come in the Premiership.

He suffered calf problems at both Anderlecht and Leeds prior to his move to Ibrox.

In other Rangers news, a Football Insider pundit has called an unexpected Alfredo Morelos update a “fiasco”.