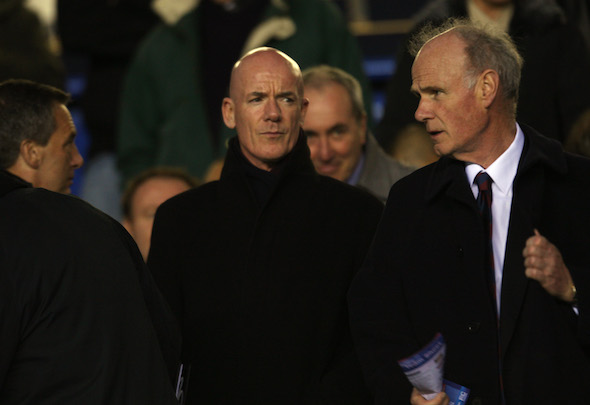 Jack, 25, was sent off after following through on a challenge with the Dons’ Stevie May midway through the second-half which forced the striker to be substituted shortly afterwards.

The Gers were 1-0 up when Jack was sent off and had been arguably the best player on the pitch up until that point.

The dismissal was Jack’s fourth of his short Rangers career – two have since been rescinded by the Scottish FA – but Gallagher resoundingly believes that Collum got the decision correct.

“I think this is a great spot by the referee,” Gallagher told Sky Sports News HQ, as quoted by The Herald. “Not only is it a great spot, but he reacted very, very quickly, which stopped players going to him.

“This is quite ironic in that without doubt the player clearly players the ball, but he does seriously endanger the safety of an opponent.

“No doubt whatsoever that is a red card offence. But it does show, that because you play the ball, it doesn’t exonerate you from further punishment.”

The 25-year-old spent 13 years at Pittodrie as an Aberdeen player before signing for Rangers over the summer.

Jack has gone on to make 18 appearances for the Gers since his summer transfer and has immediately become a key player for the Light Blues.

Rangers could appeal the decision in a bid to have a third red card overturned by the Scottish FA and likely free him to face Ross County this weekend.

The win over Aberdeen propels the Gers into second place in the Scottish Premiership on goal difference after back-to-back wins over Derek McInnes side in the space of four days.

In other Rangers news, Murty has given an injury update on two of Rangers’ crocked stars.