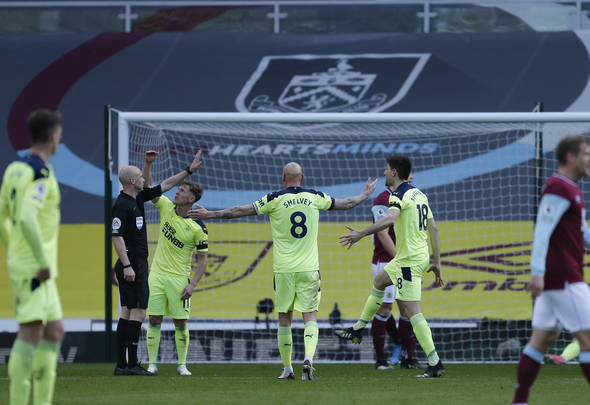 Keith Hackett has blasted the PGMOL for their explanation as to why Newcastle United were not awarded a penalty against Burnley.

Speaking exclusively to Football Insider, Hackett, who was the general manager of the organisation for seven years, claimed their reasoning was “the most outrageous and stupid comment”.

Newcastle felt they deserved a penalty when James Tarkowski lifted his boot when clearing a loose ball catching Sean Longstaff in the head in the process.

VAR checks to see whether James Tarkowski should be penalised as he clears the ball with a high foot, but it's not adjudged to be a foul.

The PGMOL explained the decision, as relayed by Chronicle Live journalist Mark Douglas: “Tarkowski has played the ball first and then Longstaff has stooped and put his head into that area.”

Asked for his assessment of the governing body’s explanation, Hackett told Football Insider correspondent Connor Whitley: “The most outrageous and stupid comment.

“I suggest whoever made it needs to examine the laws of the game.

“It’s just ridiculous, I just want to know who these people are who are making these statements.

“In football, in the laws of the game, you cannot use the ball as an excuse for a foul change.

“I don’t know who makes it. I shuddered when I listened to it.

“My emails and social media was going crazy with referees from around the world saying ‘Who is this person at the PGMOL making this statement?’” 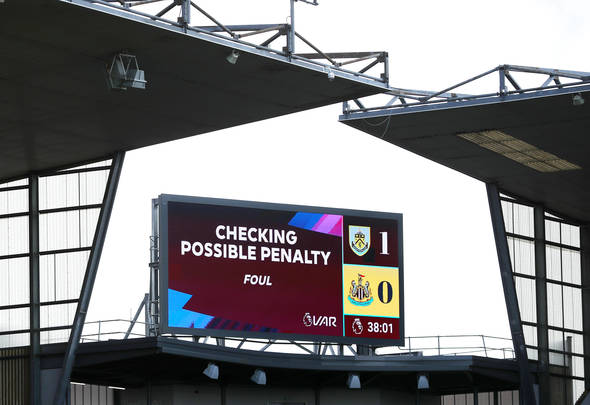 With Newcastle 1-0 down at the time, the decision threatened to overshadowed the game before they secured a vital 2-1 win.

Steve Bruce’s side are now six points clear of the relegation places with seven games left to play.

In other news, Newcastle United are plotting a raid for a 21-year-old “Rolls-Royce” currently at Sunderland.