Noel Whelan has claimed Adama Traore would be a smart signing for Liverpool as he would likely be open to the role of a squad player at Anfield.

However, the former Leeds United and Coventry striker, speaking exclusively to Football Insider correspondent Dylan Childs, suggested the 24-year-old is capable of pushing one of the infamous front three out.

The Mirror report that the Reds have made a move for the Wolves winger who would be “tempted” by the chance to become part of Jurgen Klopp’s side.

Traore has enjoyed a meteoric rise at Molineux following his £18million move from Middlesborough in August 2018.

Football Insider revealed in April that Nuno Espirito Santo’s side value their super-quick forward at £70million and will not budge on that price regardless of potential tumbling transfer fees this summer.

When asked by Football Insider if he expected the Spanish attacker to be open to a move to Anfield, Whelan said: “Traore really has developed his game. He has been fantastic this season and he seems like the complete player now.

“A lot of teams are looking at him, not just Manchester City.

“He has pace, power, strength and he now has end product. He is using his brain a bit better.

“It does not surprise me and I do not think he would mind being a squad player at Liverpool at first. I think he would get the bit between his teeth and want to force one of the three out.” 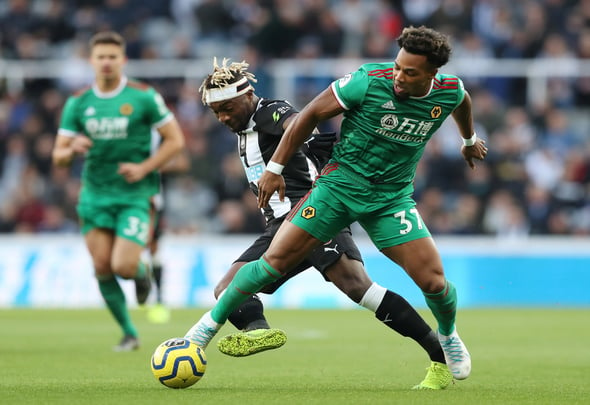 Traore has been in electric form this season and helped Wolves to sixth in the Premier League and the Europa League Round of 16.

The winger has scored 6 goals and contributed 10 assists in his 43 appearances in all competitions.

In other Liverpool news, Paul Robinson has told Football Insider triple deal is on the cards after missing out on Timo Werner.