Alan Hutton has revealed his delight after young Aston Villa forward Indiana Vassilev was handed a new contract by the club.

Speaking exclusively to Football Insider assistant editor Russell Edge, the former Villa defender admits the teenage winger has come on leaps and bounds in the year he has been away from Villa Park.

Villa confirmed on Monday that the 19-year-old had put pen to paper on a new two-year deal after emerging as a future first-team talent this season.

With four first-team appearances under the USA youth international’s belt, Hutton believes the new terms will act as a carrot for him to go and prove himself as an established senior player.

Hutton told Football Insider: “He’s done well, I think he’s really come in and taken his opportunity through the January time when there was a lot of injuries up front.

“He reminds me a little bit of Andi Weimann if I’m honest, that type of player. He’s been given a new two-year deal, it’s not a long-term one, two years goes really quick. I think it’s a case of you’ve done really well, you’re involved with the first team, go and prove yourself.

“I think they’ve kind of dangled a carrot in front of him to go it’s your time now, push on and show us what you’ve got. It’s a great incentive for him, he’s come a long way, even since I left, so he’s really shone through so I’m happy for him.” 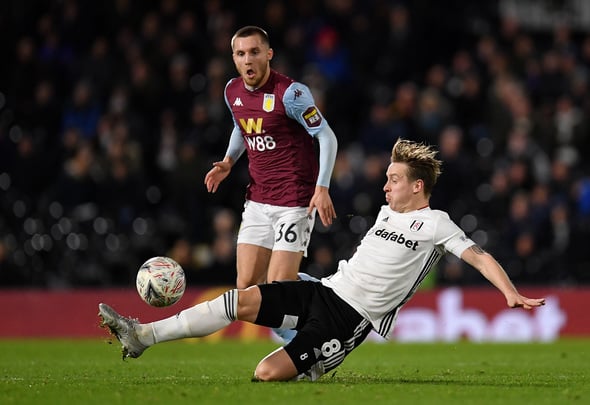 Vassilev made his Villa debut off the bench in a 2-1 defeat to Fulham in the FA Cup back in January.

While he is yet to make a start for the Villans, he has two Premier League appearances under his belt.

In other Aston Villa news, a Villa attacker has been tipped to join a Midlands rival this summer.