Noel Whelan has claimed losing Nikola Katic for the start of the season is a “huge blow” to Rangers ahead of a pivotal season in the Scottish Premiership.

The former Leeds United and Aberdeen striker, speaking exclusively to Football Insider correspondent Dylan Childs, suggested Steven Gerrard will turn to the transfer market now in search of a centre-half.

The Gers revealed that the 23-year-old would be out for “the foreseeable future” after he suffered an injury in training last week.

Katic established himself as a pivotal figure at Ibrox last season and score three goals in his 29 appearances.

With less than a month to go before the SPFL kicks off the injury will be a big concern for manager Gerrard and may be a problem he will address in the transfer window.

When asked by Football Insider how damaging the news was ahead of next season, Whelan said: “This is a huge blow.

“He is their main centre-half. He brings height and he brings a lot of aggression and he is a leader out there on the pitch.

“He will be a huge miss for Steven Gerrard’s side, especially when they are trying to overturn a deficit in Europe and stop 10-in-a-row.

“To have a player like that missing for the start of the season will be very difficult. They might have to go into the market for a central defender.” 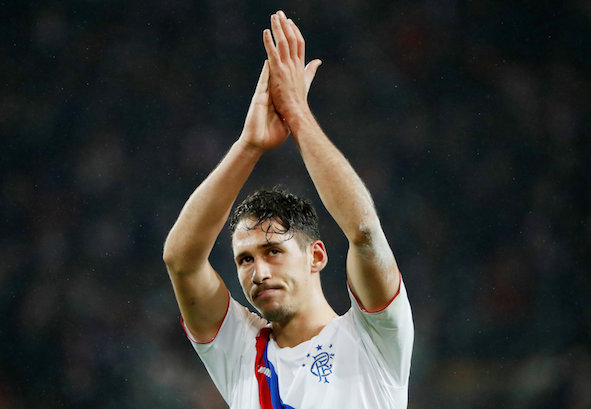 First up for the Gers is a difficult trip to Pittodrie to face Aberdeen.

Old Firm rivals Celtic will begin their title defence at home to Hamilton.

In other Rangers news, it can be REVEALED that club are braced for PL club to make formal bid for Alfredo Morelos.