Kevin Phillips has urged Liverpool to give Virgil Van Dijk “anything he wants” in order to tie the defender down to a new contract at the club.

Football Insider has revealed that Liverpool are opening talks on a new deal for Van Dijk worth £50m in wages and bonuses.

Since arriving from Southampton in January 2018 the Netherlands international has helped Jurgen Klopp’s side win the Champions League and almost certainly the Premier League this season.

When asked if securing Van Dijk to a new deal is imperative, Phillips told Football Insider: “It is hugely important. It is amazing how much one player has made a difference. Ultimately, he is their best player and their best asset.

“You would certainly want to tie him down, give him within reason anything he wants, to tie him down for the next four or five years. He is only going to get better. If Liverpool want to compete year in and year out he is a player they need on board.

“They do not want to be in a situation like Arsenal when they have let a player run their contract down and lose him for nothing.

“The way he plays, as long as he does not pick up any nasty injuries, I would say he has another eight years left – at least six quality seasons. When you are playing a top side, and dominating games, you do not tend to do as much running! It helps.” 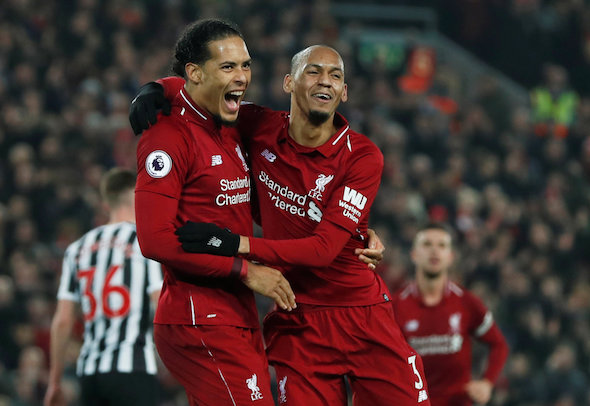 Van Dijk has been ever-present for the league leaders this year, scoring four goals in his 41 appearances across all competitions.