Liverpool are opening talks on a bumper new contract worth more than £50million with Virgil van Dijk, Football Insider understands.

The defender, 28, has three more years left on the five-and-a-half year agreement he penned when he completed his move from Southampton for an initial £70million in January 2018.

A Liverpool source has told Football Insider that the club are willing to hand Van Dijk a big pay rise to tie him to a deal that could see him end his career at Anfield.

American owners FSG are keen to get new terms agreed ahead of next season as they look to a reward a player central to the team’s domination of English and world football.

There have been suggestions that Van Dijk will be offered more than £200,000-a-week by Liverpool.

However, sources have stated that the club would pay less salary than that but bolster it with top-up bonuses based on loyalty and performances.

Van Dijk’s current £125,000-a-week basic is supplemented by various lucrative top-ups, including a £6m bonus on signing, a further £5m loyalty bonus and then a £4m bonus when he has played 150 Liverpool matches.

His new deal is likely to be worth more than £50m taking in the lucrative bonuses that includes incentives for goals and the team’s clean sheets. 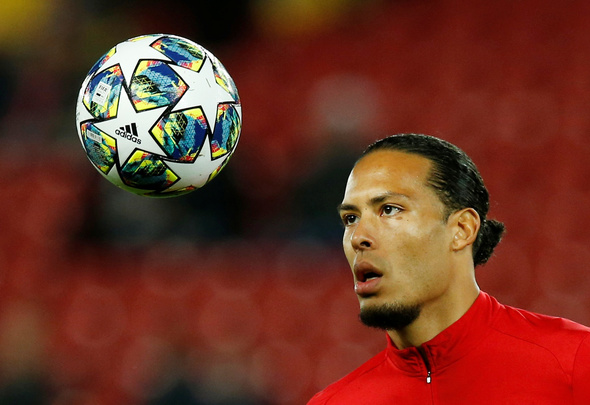 Van Dijk is widely regarded as the outstanding centre-back in the world after having a massive impact since his arrival, with his debut season ending with the PFA player of the year award.

He has played every minute of this season’s remarkable, record-breaking Premier League campaign, and has now represented Liverpool in 109 matches.

In other Liverpool news, it can be REVEALED that Klopp is to tell 26-year-old to find a new club after making up his mind.