Alan Hutton believes Aston Villa could get a psychological advantage after reportedly moving away sides out of the dressing room and into a makeshift space.

Speaking exclusively to Football Insider assistant editor Russell Edge, the former Villa defender believes the change of location could mess with the oppositions’ heads before kick-off.

The Express and Star report that Dean Smith’s will use both the home and away dressing room at Villa Park for home games, with away sides set to be put in converted executive boxes.

Hutton, who spent time in both dressing rooms during his career, believes swapping things up could unsettle opponents and help Villa gain an advantage before the game gets underway.

Hutton told Football Insider: “It’s not ideal, I’d like to see how they’re going to work that because obviously I know the layout of the stadium so both the home and away dressing room are both very big within Villa Park.

“If they’re thinking about using both and putting the away team somewhere else, it definitely messes with your head a little bit. Even if you’re a player going into an away dressing room, you know the surroundings – you know where the showers are, you know what it looks like.

“To be carted off somewhere else, to have to walk downstairs and round about to get to out on to the pitch, it does mess with you a little bit. I think they’re maybe using this to their advantage a little bit and trying to get one up. 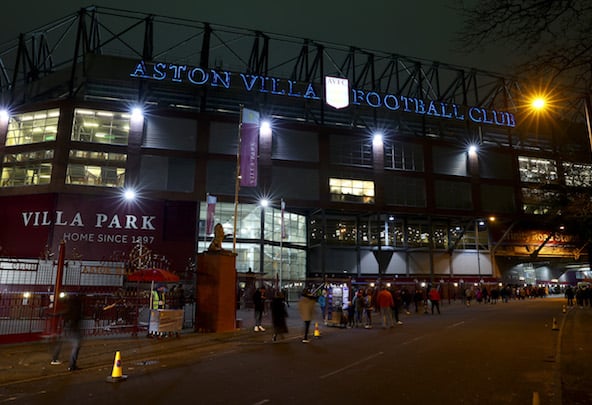 “If there’s lots of small changes, it does make an impact. You try and put things to the back of your mind and try not to think about it but it’s obviously going into the unknown.

“You like your familiar surroundings, even if it’s home or away, you still know where you’re going and where to go, it’s just another block in the road for them to get over.”

In other Aston Villa news, Hutton has dropped a training HQ reveal after talking to the current squad.