Alan Hutton has suggested Daniel Levy would be open to letting Harry Kane leave Tottenham “if the money’s right”.

The former Spurs defender, speaking exclusively to Football Insider assistant editor Russell Edge, admitted it would be “difficult” for the Spurs chairman to do a deal with a Premier League rival.

As revealed by Football Insider, Manchester United are plotting a huge bid for the 27-year-old this summer despite Edinson Cavani’s contract extension. 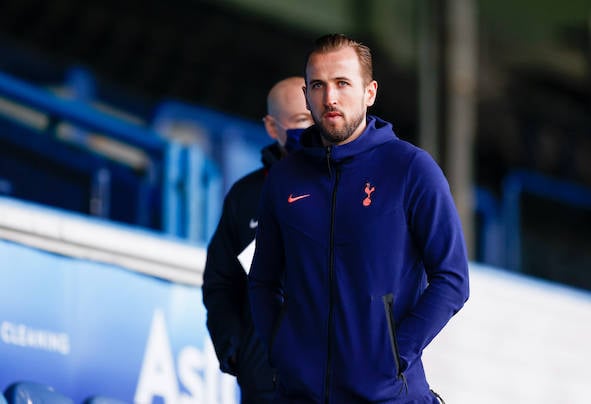 It is understood United are still in the market for an elite-level centre-forward and have scouted Kane in person in recent weeks.

Hutton insisted signing the Spurs striker could lift United to the next level next signing.

He also suggested Levy would be open to striking a deal if the numbers are right.

Asked if he thought there was a deal to be done for Kane, Hutton told Football Insider’s Russell Edge: “If the money’s right. I think that’s what it comes down to.

“Harry Kane could be the last piece of the puzzle for Manchester United. I think they’ve had an outstanding season. When you think, not that long ago, Ole Gunnar Solskjaer was under pressure for his job. Look at where he’s at now.

“Second in the league, Europa League final. He really seems to be getting the best out of the players at the moment. There’s a couple of positions they need to strengthen. I think if Harry Kane goes into that central striker role, they’ll be a real threat next season.

“A real threat to those top teams, like the Man Citys of the world. If the fee is right, I know it’s going to be difficult for Daniel Levy to strike up a deal with the likes of Manchester United but it’s all going to come down to the money.”

Kane is currently contracted to Spurs until 2024.

He has scored 31 goals in 46 appearances this season, with a further 16 assists under his belt.

In other news, Real Madrid have made an approach to sign one of Kane’s Tottenham teammates.