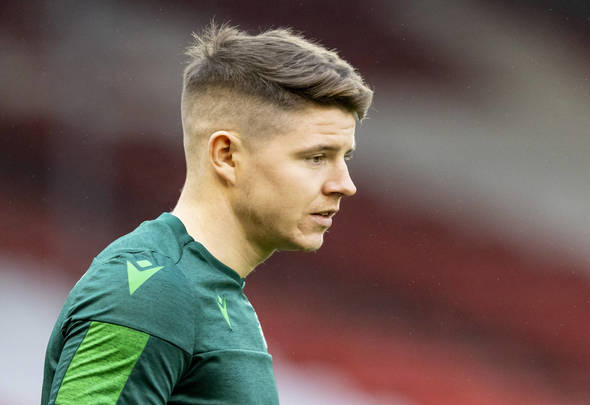 Alan Hutton claims Kevin Nisbet would be an “excellent addition” for Celtic after proving himself in the Premiership.

The former Rangers defender, speaking exclusively to Football Insider, insisted Nisbet’s experience could be an asset to Celtic.

Last week, The Scottish Sun claimed Nisbet has been presented to Eddie Howe as a potential signing. 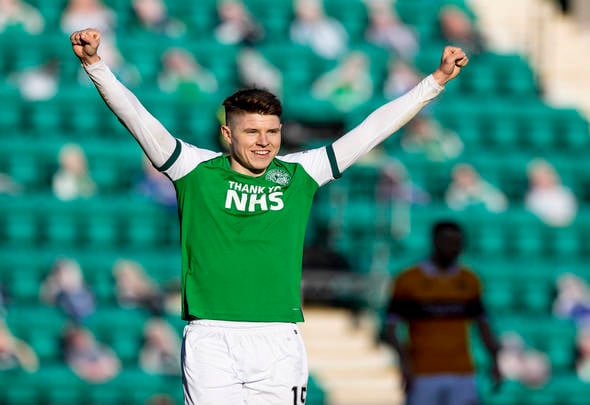 Howe is Celtic’s top managerial target, though the Hoops hierarchy fear Crystal Palace could scupper their plans as they search for a new boss.

Nisbet, 24, scored 18 goals and supplied eight assists for Hibs this season, including two strikes in his three outings against Celtic.

Hutton claims the striker would be an “excellent addition” and could prove to be Odsonne Edouard’s replacement.

“Nisbet has had a fantastic season. Obviously going to Celtic is a bit different, it’s a step up.

“You have to perform week in week out and you will be judged on your performances and goals.

“He’s proved himself within the league, he’ll be an excellent addition. You just wonder who is doing the transfers at the moment.

“Is he an Eddie Howe transfer? Is he a hierarchy transfer? What if Howe comes in and doesn’t really fancy Nisbet?

“Overall, he’s had a fantastic season at Hibs and he’s got great ability. All the fundamentals you want in a striker.

“It’s good thinking to get a proven striker in when we don’t know what’s happening with Edouard.”

Football Insider revealed Edouard has made it clear to the board that he wants to leave Celtic this summer.

The Frenchman bagged 22 goals in all competitions this season.

In other news, Celtic have terminated the contract of a £4.5million-valued star in a shock move.