Alan Hutton has heralded Rangers fans for their “phenomenal” support ahead of next season.

The former Ibrox star, speaking exclusively to Football Insider, admitted he had been blown away by the “unbelievable” number of season tickets sold.

Rangers confirmed last month there had been over 44,000 season ticket and hospitality renewals for next season.

💙 The loyalty of our season ticket holders to their club has never been in question, but today, that devotion has reached new, unprecedented heights with astonishingly, in excess of 44,000 season ticket & hospitality renewals ahead of the deadline.

Supporters were absent for the whole of the 2020/21 campaign as Rangers stormed their way to the Premiership title.

It remains to be seen when fans will be allowed back into Ibrox.

Hutton paid credit to the fans for committing to their tickets despite the uncertainty surrounding a return to grounds.

“I remember when they were in the bottom tier with 50,000 fans coming out to see them week in, week out. It’s unbelievable. They deserve that.

“They had a fantastic last season and they’ll want to be in there, making noise and watching their team play. It doesn’t surprise me they’ve come out in their tens of thousands to buy up the season tickets.

“We don’t know when they are going to be able to all get in. It might only be a portion of them, we’ll have to wait and see. Fair play to them for putting their hands in their pockets and buying the tickets up.” 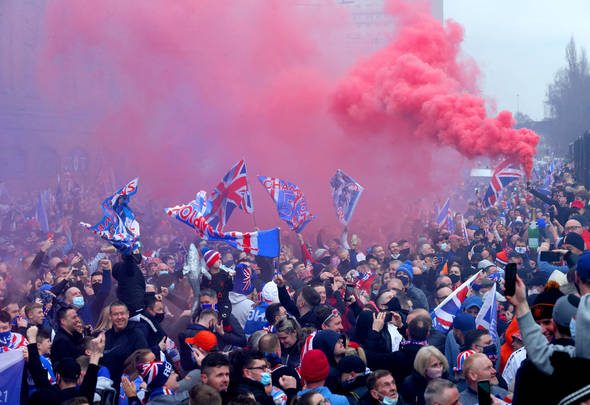 Rangers’ last match in front of fans was a 1-0 defeat away at Hearts in February 2020.

Their last home game with supporters was a 2-1 win over Hibernian earlier that same month.