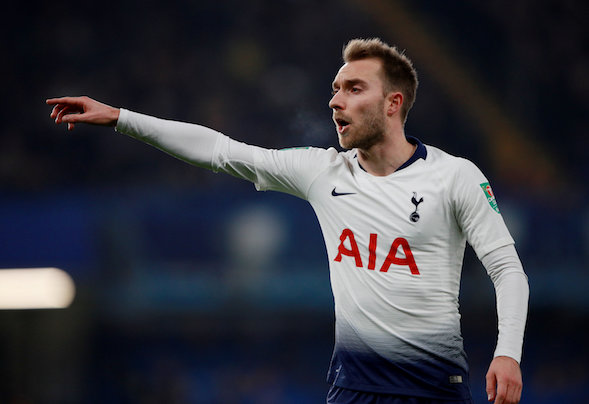 Danny Mills has insisted Tottenham would not reject an £80million bid this summer for Christian Eriksen.

Speaking exclusively to Football Insider, the ex-defender claimed he “can’t see” chairman Daniel Levy rejected that kind of mammoth offer for a player out of contract in 12 months.

The Denmark international’s future is up in the air heading into next week’s Champions League final after talks over a new deal stalled.

Football Insider has revealed that Levy has slapped a £140million price tag on the 27-year-old and that he is eager to bring him back to the negotiating table to sign an extension.

“Tottenham’s summer transfer plans could depend on what happens with Eriksen,” Mills told Football Insider. “They will have to wait until after the Champions League final before they start making decisions.

“If Eriksen stars in the final, Barcelona, PSG and Manchester City may come in and say, ‘we will have him’ and ‘here’s an £80million offer’. I can’t see Daniel Levy turning that down.

“If he is sold, Tottenham will get a lot of money. He makes them tick and, if he plays well, Tottenham play well. He dictates the tempo, delivers the killer passes, gets on the ball and drives the team forward.”

The playmaker has been an integral member of the team transformed by Mauricio Pochettino since he took over as manager and played a major role in their sensational progress to their first-ever Champions League final.

The 2013 signing from Ajax has had another fine season for the Londoners, with his 50 matches in all competitions yielding 10 goals and 17 assists.