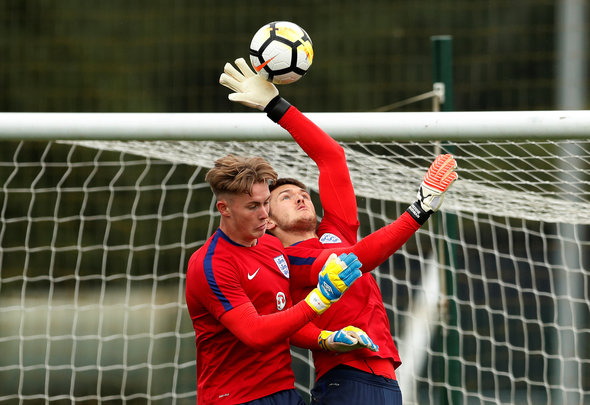 Newcastle United goalkeeper Freddie Woodman has admitted he is open to leaving the club on loan in January if it means he is handed first team action elsewhere.
The young shot stopper made his senior debut for the Magpies on Saturday, starting between the sticks in the club’s 3-1 win over Luton Town in the FA Cup, Ayoze Perez and Jonjo Shelvey scoring the’r goals at St James’ Park.
An under-20 World Cup winner with England, a competition in which he picked up the golden glove award for best goalkeeper, the 20-year-old says that he is looking for more senior football in the second half of the season, whether that be on Tyneside or elsewhere.
He told NUFC TV on the club’s official website: “I want to play football. I’m trying to get minutes on the grass. If that’s it, I’m delighted; if it’s in the next round, I’m buzzing.
“If its somewhere else on loan or anything like that, I’m willing to do that. I just want to play football and keep improving.”
The youngster, who is a graduate of Newcastle’s youth ranks, has spent time out on loan from Newcastle in recent seasons, although was kept by Rafael Benitez to act as understudy to Rob Elliot and Karl Darlow for the opening half of the current campaign, with six unused substitute appearances to his name.
He joined Scottish top flight side Kilmarnock for the second half of last season, making 15 outings north of the border, while he also made 12 appearances for Crawley Town over three months back in 2015.
In other Newcastle United transfer news, the club have held talks over securing the return of a former attacking star.