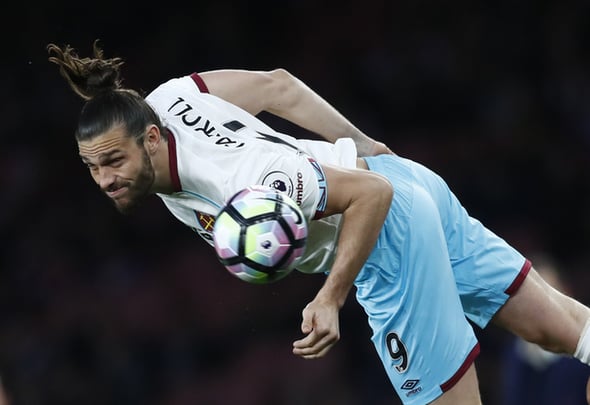 Newcastle United are targeting a quartet of transfer signings in January but have ruled out a move for West Ham striker Andy Carroll after holding talks over a possible return, according to Sky Sports.
The broadcaster claim on their website that the Magpies held internal discussions over making a swoop for their former target man, but state manager Rafael Benitez has poured cold water on a potential deal as he is not convinced by the 28-year-old.
However the report states the Spanish boss is seeking out no less than four new arrivals at St James’ Park during the current window in a bid to bolster his squad and boost their chances of Premier League survival.
A striker is expected to be among the priorities for the club, with current options Joselu, Dwight Gayle and Aleksandar Mitrovic having scored just seven top flight goals between them.
Football Insider verdict
Newcastle fans have always been enamoured with Carroll’s return since his departure to Liverpool, but Benitez has made the right choice in not sanctioning a move. He is too much of an injury risk to be a regular starter and with the Magpies in desperate need of some consistent firepower up front, he just does not fit the bill. In addition, West Ham’s asking price, as well as his wages, are likely to be well beyond what current owner Mike Ashley is willing to fork out, and as such the move was always unlikely to take place. Will he ever return to Tyneside? The longer his career goes on, the less likely it seems.
In other Newcastle United transfer news, the club are looking to reignite a potentially record breaking swoop for an international playmaker in January.