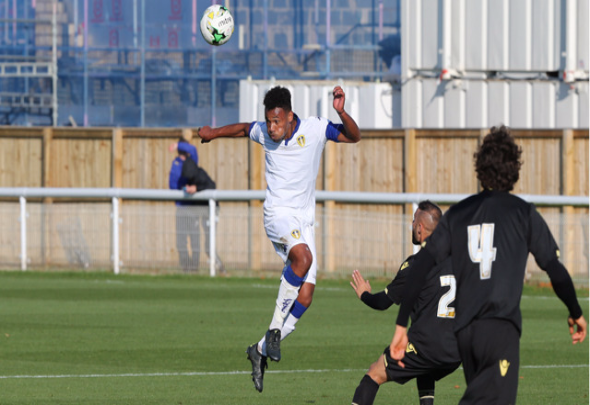 The 20-year-old, who has followed Taylor from the academy to the left-back position in the first team, single-handedly guided Leeds through to the third round of the EFL Cup on Tuesday night on his debut, scoring a superb curling effort from the edge of the area to knock out Luton with a 1-0 win.

Harte, who is the agent of emerging left-back Denton, also claimed on his Twitter account that Taylor was the best left-back in the Championship.

@charlietaylor09 is the best left back in the championship, and @TyDen6 can learn so much from him on and off field. #MOT

The retired Leeds man claims that the 22-year-old is better than the likes of Brighton’s Gaetan Bong, Norwich’s Marcus Olsson and Newcastle’s Paul Dummett.

Former Champions League star Harte has called on Taylor to stay at the Yorkshire side, claiming he can help his client improve both on and off the field.

Taylor’s future at Elland Road has plunged into doubt this summer. The former Fleetwood loanee has less than 12 months left on his current deal, and has had a transfer request rejected amid Premier League interest.

The Daily Star claim that Liverpool are keeping tabs on Taylor’s situation at Leeds, while Premier League rivals West Brom are preparing a £7million offer for the club’s reigning player of the year.

Taylor started Leeds first five matches this season before being rested for their EFL Cup victory over Luton, but he is firmly established as Leeds’ first-choice left-back.

He made 43 appearances for the Championship outfit last season, chipping in with seven assists.

In other Leeds news, another former Leeds left-back has been the subject of homophobic abuse in his home country of America.