Alan Hutton was left bewildered by the decision to bring on Matt Polster at half-time in Rangers 2-1 defeat to Hearts at Tynecastle.

The former Ibrox defender, speaking to Football Insider correspondent Dylan Childs, described the right-back position as a “problem area” for the Gers in the absence of James Tavernier.

Jon Flanagan, Nathan Patterson, and Polster have all played while the club captain has recovered from an appendix problem that has seen him sidelined since the New Year. 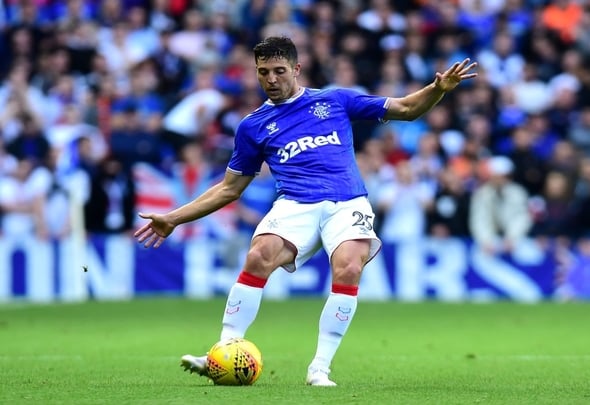 The former Chicago Fire star appeared to be a forgotten man at Ibrox but after replacing Jon Flanagan at half-time last weekend the American is now reportedly set to start tonight against Ross County.

It will be the first start for the full-back in five months after Steven Gerrard closed the door on a January exit.

When asked if he was surprised the 26-year-old came on at the weekend, Hutton told Football Insider: “I was a little bit. It was a strange one, seeing Polster come on. I think he did alright when he came on, do not get me wrong.

“Whether Gerrard does not see Patterson being quite ready for that step up yet I do not know. It is not until you see Rangers without Tavernier that you realise how much they miss him.

“He gives so much on the right-hand side and it has just been non-existent in the last few games if I am honest. It has been a problem area since he picked up the injury.”

With Celtic victorious at the weekend, The Teddy Bears have fallen five points behind the current Scottish Premiership champions but do have one game in hand.

In other Rangers news, Gerrard prepares to move for Leeds colossus.