The Light Blues know they have their work cut out beating German clubs and Southampton, not to mention Glasgow rivals Celtic, to the signature of the goalscoring midfielder.

Ibrox sources have told Football Insider that the club have made a decisive move to entice Aribo by submitting a long-term deal that includes a significant pay hike. Football Insider revealed last month that Aribo had snubbed a new contract offer from Charlton, which has led to a stampede of interest from clubs north and south of the border, as well as in the Bundesliga.

The 22-year is in demand after playing a starring role in the London club’s promotion from League One to the Championship.

He scored 10 goals from midfield as well as supplied five assists for the side that secured a return to the second tier via the play-offs. Rangers have been able to push the boat out with their offer because they would only to pay a minor compensation fee for the Addicks academy graduate due to cross-border rules.

The club are aware that Aribo is weighing up other offers and is set to make a decision on his future in the next few weeks. 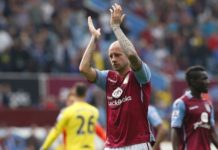