The wide forward, 18, has returned to Auchenhowie to undergo his rehab after breaking down with an injury at the Scottish Championship club.

Ibrox sources have told Football Insider that McPake will not be returning to Dens Park as Rangers will keep a close eye on him for the rest of the month. 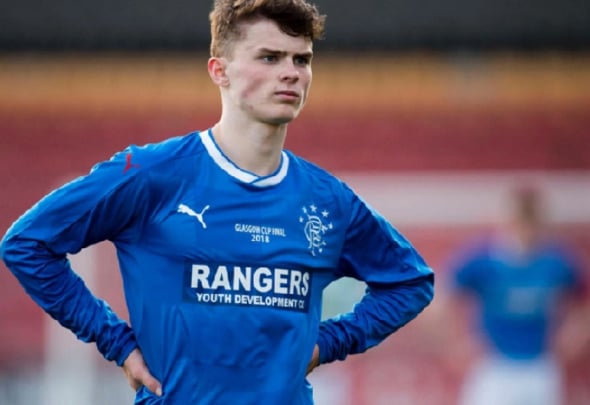 Football Insider first revealed last summer that McPake had agreed a half-season loan to Dundee that runs until the end of the January window.

This came shortly after the Ibrox giants recognised the potential of the teenager by handing him a new contract that runs until the summer of 2022.

However, McPake was unable to establish himself in the Dundee team and made three league starts among seven appearances for the club.

He last featured in early November and was then an unused substitute for four matches before he suffered injury.

Rangers coaches rate McPake very highly and Football Insider columnist Alan Hutton has revealed how reserve coach Peter Lovenkrands has been raving to him about the young attacker.

The teenager impressed for Steven Gerrard’s side in pre-season and made his first-team debut as a substitute in the Europa League qualifying win over St Joseph’s FC last summer.

On possibility is that he is sent out on a fresh loan for the second half of the season, amid interest from clubs north and south of the border.