Noel Whelan has claimed that it “makes sense” for Leeds United to try and offload goalkeeper Kamil Miazek before the end of the transfer window.

Speaking exclusively to Football Insider, the former United forward suggested that it would be mutually beneficial to both player and club to complete a deal that would see him leave Elland Road.

As revealed by Football Insider, Leeds are willing to listen to offers for the 23-year-old before the transfer deadline later this week. 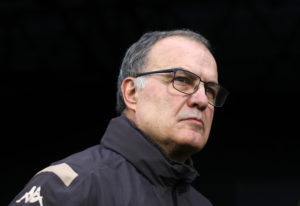 Miazek’s current contract in Yorkshire expires at the end of the season, and it is understood that the club are looking to strike a deal to avoid losing him for nothing in the summer.

“If anyone’s going to be leaving it’s him.

“Look, if the club can get this goalkeeper [off the books], who’s probably fourth in the rankings right now, I think it would be good business.

“Once again, a player wants to play – especially at his age – and Leeds United need to get somebody off the wage bill as well. It makes sense.” 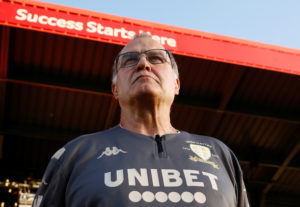 Miazek has slipped down the pecking order at Elland Road after Ilan Meslier leapfrogged him to become Kiko Casilla’s deputy, with the Frenchman making his debut in the FA Cup defeat to Arsenal earlier this month.

The Whites also completed the signing of 18-year-old Italian Elia Caprile last week, with the teenager likely to become Bielsa’s third choice option between the sticks.