Leeds United are willing to listen to offers for goalkeeper Kamil Miazek before the 31 January cut-off, Football Insider can reveal.

The Whites are ready to offload the Pole, 23, ahead of contract expiring at the end of the season.

A Leeds source has told Football Insider that Miazek is set to slip further down the keeper pecking order among the young guns understudying number one Kiko Casilla. 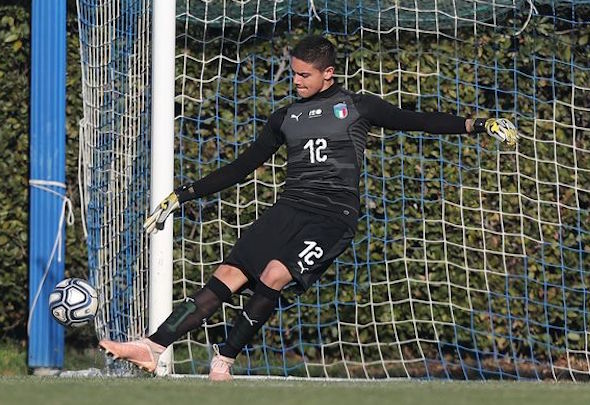 Ilan Meslier has seen off competition from Miazek to become Casilla’s deputy two and made his debut in the FA Cup defeat to Arsenal earlier this month.

United completed the signing of 18-year-old Elia Caprile this week and he is expected to become the third choice.

That could leave 6ft 4in Miazek way down the pecking order at a time when he will be looking for senior football to ignite his career.

United have the option to extend the Poland youth international’s contract by 12 months but the arrival of Caprile means that is by no means a formality.

The new arrival was on the bench for the Under-23s’ Premier League Cup clash against Wolves earlier today.

36' WHAT A GOAL! Miazek pulls off a great double save, McKinstry superbly drives up the pitch and into the Wolves box. His first strike is saved, but he knocks home the rebound! 0-2 pic.twitter.com/1OvAy2aXfT

Miazek was in goal from the start for that match at the Sir Jack Haywood training ground and produced a series of fine saves in the 2-2 draw.

He has yet to make his senior Leeds bow and the closest he has come was a series of substitute appearances earlier in the campaign.