The Championship big hitters are aware of interest in their young centre-forward, 18, and are keen to tie him down to a professional deal.

A Leeds source has told Football Insider the club are holding talks with Kumwenda as they look to get a deal over the line this month. 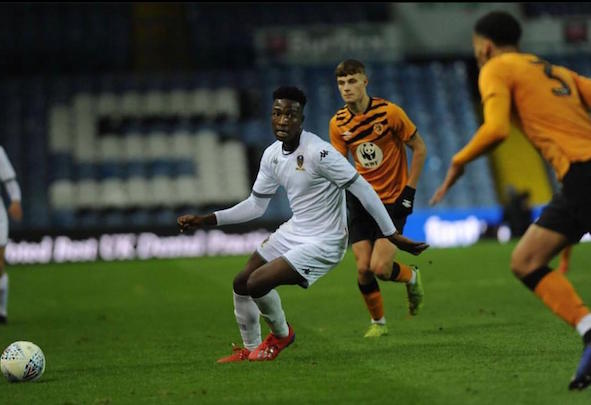 This comes after Football Insider revealed last week that Liverpool are keeping close tabs on the teenager as well as Arsenal and Manchester City.

Leeds will tell Kumwenda his future would be best serving by learning his trade at Elland Road.

The club have showed great faith in their young players in recent years and there is a genuine pathway from the academy to the first team under Marcelo Bielsa.

Kumwenda is on the radar of the Premier League big guns as he has recovered well from injuries that have hampered his progress over the last year.

He has been earning rave reviews for his performances in youth-team football and this, along with his contract situation, has alerted suitors.

Kumwenda was the stand-out player for Leeds in recent youth cup wins against Hull City and Sheffield Wednesday.

He scored the winning spot-kick as United defeated Sheffield Wednesday 5-4 on penalties to secure a prestigious FA Youth Cup triumph.